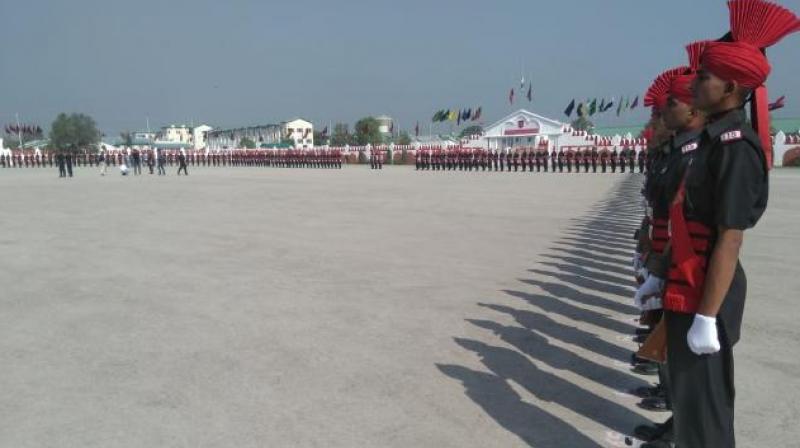 Pledging to serve the country even with their lives

Pledging to serve the country even with their lives, 215 recruits today joined the Jammu and Kashmir Police at a passing out parade here. Director General of state police S P Vaid reviewed the attestation-cum-passing out parade of 187 trainees of third batch of police wireless basic training course and 28 trainees of second batch of basic recruit training course (BRTC) photography cadre.  The recruits hailing from different parts of the state had undergone training at the Police Technical Training Institute (PTTI) in Samba district.

"It is a great pleasure that you are joining the police force which has made a name for itself owing to its huge sacrifices in the fight against terrorism over the last 30 years," Vaid said while addressing the recruits after inspecting the parade and taking salute at the march past presented by them.  "As many as 1,660 policemen have sacrificed their lives in the proxy war to maintain peace and safeguard the lives and property of the people in the state. The loss is double than what we suffered in the Kargil war," he said. 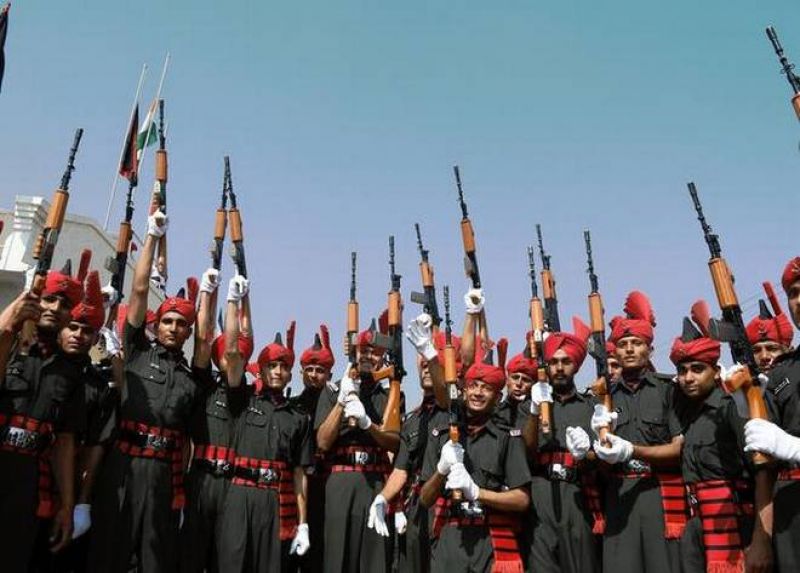 The DGP said no police force in the world has faced such a situation for so long which has made the state police a unique and most respected force in the country. Asking the policemen to work with dedication and devotion, he said drug menace has achieved alarming proportions in the state and all stakeholders need to join hands to meet the challenge. "We have registered 453 cases and booked 645 persons under the Narcotic Drugs and Psychotropic Substances (NDPS) Act this year. Drug de-addiction centres have been opened at various places, including the capital cities of Srinagar and Jammu, while more such centres are being set up in other district headquarters," Vaid said.

He said as many as 40,000 people have been treated at these centres. Spelling out the various measures taken by the police for the betterment of its personnel, he said over 24,000 promotions were ordered this year. These include 616 out-of-turn promotions in operational ground and 5,079 incentive promotions to those who were not promoted earlier.  In addition, the state police chief said welfare measures have been taken and many more were in the pipeline, including providing 5,000 family quarters.  He said the exgratia relief for policemen killed in line of duty has been enhanced from Rs 27 lakh to Rs 55 lakh, while for special police officers (SPOs) it was increased from over Rs 2 lakh to Rs 17.50 lakh.

The pass-outs include 75 post graduates, 84 graduates and 56 12th pass

An amount of Rs 4.12 crore was provided as exgratia relief to the families of slain policemen this year, the DGP said. He said Rs 38.97 crore was given as special welfare relief to SPOs and police personnel this year.  Vaid said 5,000 constables, including 218 women, were recruited in 2017-18, while the filling of posts of 698 sub inspectors was in final stages.  He said the focus is also on sports activities and after the police martyrs memorial football tournament, the state police will organise a 'Run for Peace' in Srinagar on September 2 followed by 'Jashn-e-dal' at Dal lake.

The Jammu and Kashmir DGP also congratulated the new recruits.  "The pass-outs include 75 post graduates, 84 graduates and 56 12th pass. This is a highly qualified batch, of whom 208 came from direct recruitment, four converted from constables to wireless operators, one SPO was made a constable photography and two were appointed under SRO 43 (Statute Regulatory Order) (on compassionate grounds)," he said. Principal of PTTI and Senior Superintendent of Police Ashok Kumar said the recruits were exposed to various training modules for their all-round development to keep them physically fit and mentally agile. Set up in 1999, he said the Police Technical Training Institute caters special training and so far 657 batches of different courses comprising 20,714 trainees have passed out from the institute. The recruits were also given awards for best performance during their training period.