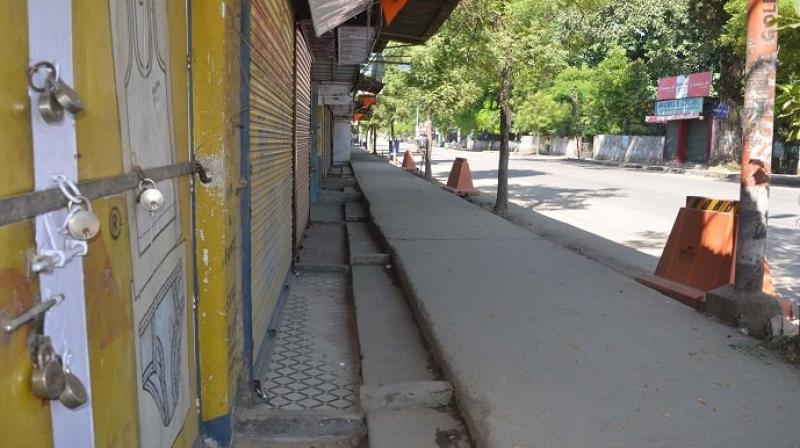 Normal life was affected in Kashmir

Srinagar, Feb 27: Normal life was affected in Kashmir on Wednesday due to a strike called by separatists to protest the NIA raids at residences of several leaders in connection with investigation into terror funding through hawala channels in the valley. Most of the shops, fuel stations and other business establishments were shut in Srinagar the summer capital of Jammu and Kashmir, officials said.

They said public transport was off the roads, but few private cars and auto-rickshaws were seen plying in some areas of the city. The officials said similar reports of shutdown were received from other district headquarters of the valley. Joint Resistance Leadership (JRL), an umbrella coalition of separatist outfits, called for complete shutdown on Wednesday against Tuesday's NIA raids on separatists and threats to tinker with Article 35-A which is facing a legal challenge in the Supreme Court.