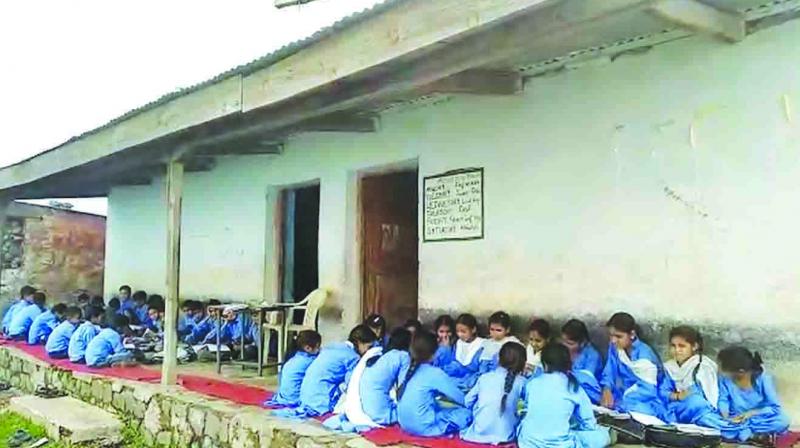 Jammu, Jan 21 (PTI) The Jammu and Kashmir's administration has set up a panel for implementation of saturation of toilets, drinking water and electricity in government schools in the state, a senior official said Monday. The General Administrative Department (GAD) has ordered constitution of district-level committee on this issue.

"Sanction is hereby accorded to the constitution of a district-level committee for achieving 100 per cent, saturation of toilets, drinking water and electricity in the government schools in the state," Commissioner-Secretary to general administrative department (GAD), J-K, Hilal Ahmad said.

A five-member committee will be headed by the district development commissioner as chairman. The committee will prepare a detailed project report after undertaking actual assessment of deficient schools on the minimum requirement basis. The panel will monitor the works executed by different agencies,

including public health engineering, power development department and engineering wing of the School Education Department and to ensure completion of works by February 28. It will also work out requirement of additional funds for providing electricity, drinking water connections to the school.