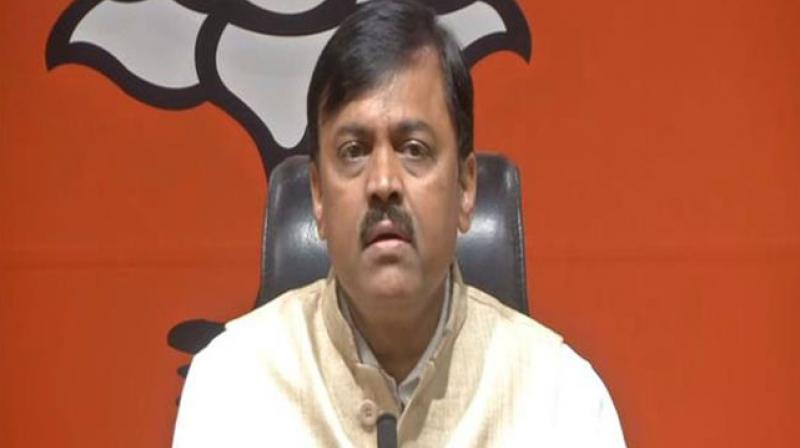 New Delhi, Apr 18: A man flung shoes at BJP leaders addressing a press conference at the party's headquarters here on Thursday. It was not immediately clear why the person, who identified himself as a doctor by profession, threw the shoes. He was immediately bundled out by security guards at the party office and will be handed over to police.

At the time of the incident, BJP leaders Bhupendra Yadav and G V L Narsimha Rao were addressing the media with Rao attacking the Congress for defaming Hindus by foisting "false cases" on Hindutva activists, including Sadhvi Pragya Singh Thakur.