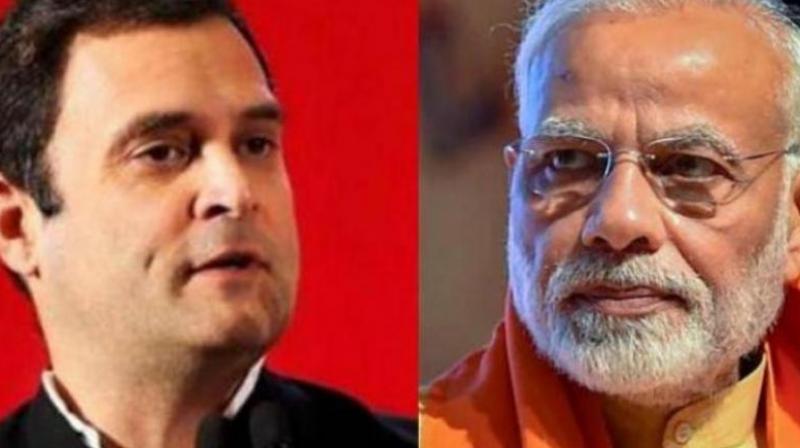 New Delhi: Attacking the Centre over the alleged rise in unemployment, Congress leader Rahul Gandhi on Thursday said employment is dignity and asked for how long will the government "deny" this to people.

In his attack against the government on Twitter, Gandhi also tagged a media report which claimed that over one crore people had registered on a government portal seeking jobs, but only 1.77 lakh jobs were available. 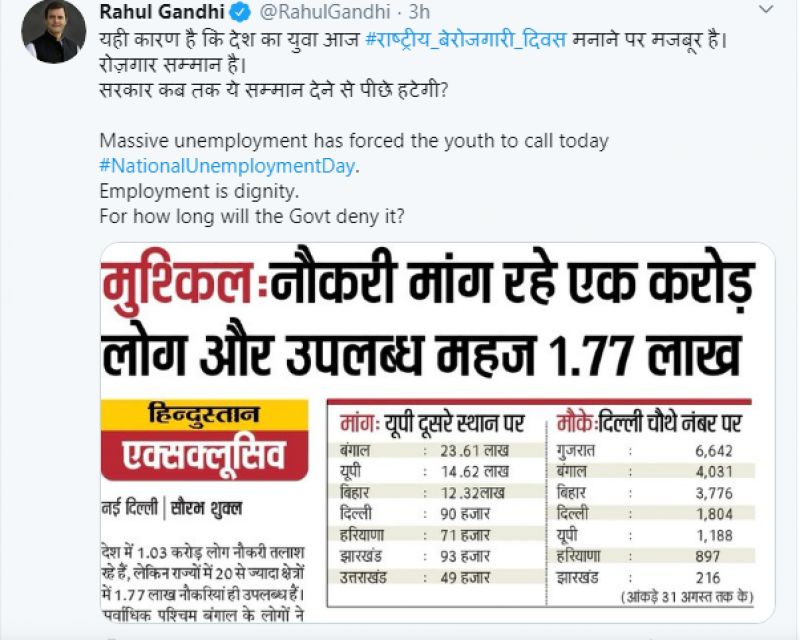 "Massive unemployment has forced the youth to call today #NationalUnemploymentDay. Employment is dignity. For how long will the govt deny it?" the former Congress chief tweeted.

Gandhi has been critical of the Modi government's handling of the economy and has called on the Centre to provide jobs to the youth.