Virat Kohli tweeted, he will resign from the captaincy post of the T20 team after the World Cup in the October-November. 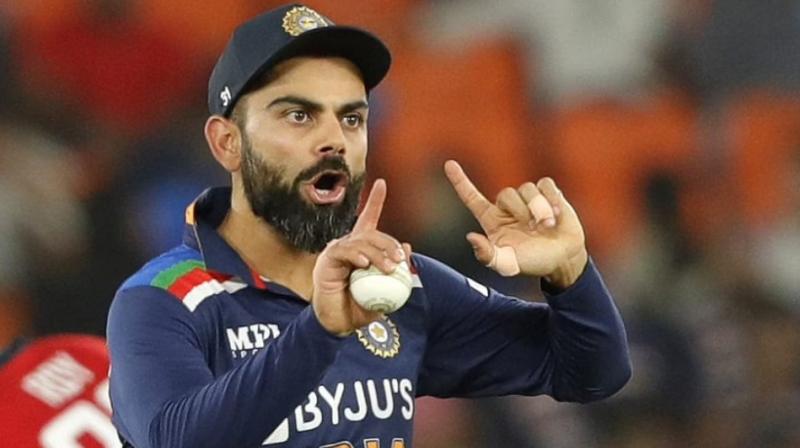 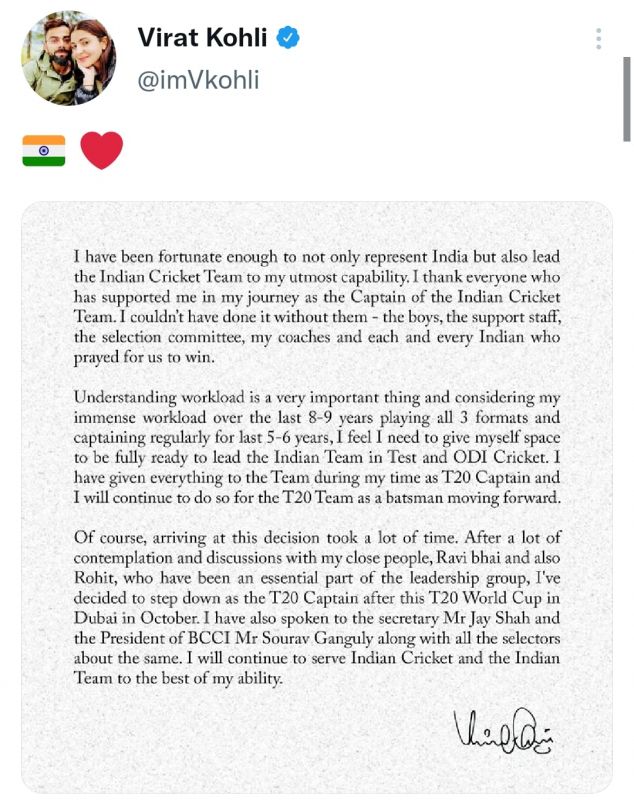 However, the star batsman made it clear that he would continue to lead India in Test and ODI cricket. At the same time, Virat Kohli said that he took this decision after discussing it with teammates including head coach Ravi Shastri and Rohit Sharma. Kohli also said that he has conveyed his decision to the Board of Control for Cricket in India (BCCI) President Sourav Ganguly and Secretary Jay Shah. 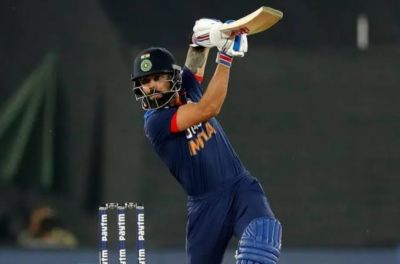 India will begin their World Cup campaign against Pakistan in Dubai on 24 October. Kohli will be leading Royal Challengers Bangalore (RCB) in the remaining matches of IPL 2021, starting September, 19.

Kohli mentioned that management is the reason for leaving the captaincy of T20 Internationals. It remained seen that who will take over as India's T20.