When 'Mother of Trees' blessed the President 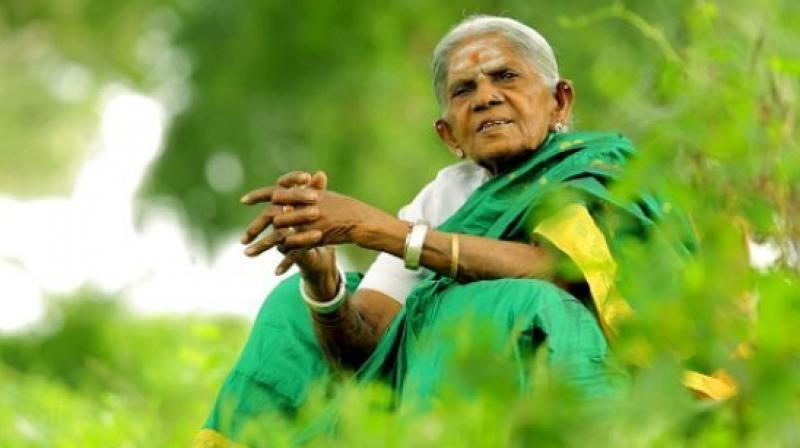 New Delhi, Mar 16: The strict protocol of Rashtrapati Bhavan could not curb the motherly instincts of 106-year-old Saalumarada Thimmakka, who was awarded Padma Shri for planting thousands of trees in Karnataka, as she touched the forehead of President Ram Nath Kovind to bless him.  Thimmakka, who has earned the sobriquet of 'Vriksha Mathe (mother of trees)' for planting 8,000 trees including over 400 banyan trees, was honoured along with other personalities at Rashtrapati Bhavan on Saturday. 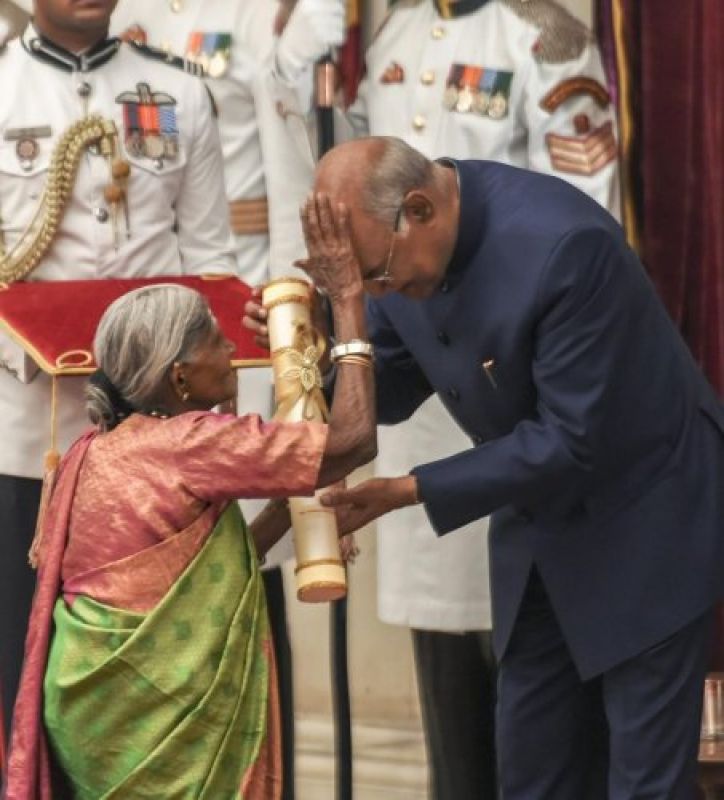 When 'Mother of Trees' blessed the President

In a ceremony marked by strict protocols, Thimmakka, dressed in a light green sari, with a smiling face and 'tripundra' on her forehead, approached the dias to receive the award from President Ram Nath Kovind. As the president, 33 years younger to Thimmakka, asked her to face the camera, the centenarian touched his forehead to bless him. Her innocuous move brought a smile on the faces of the President, Prime Minister and all the guests who burst into a rapturous applause for her. 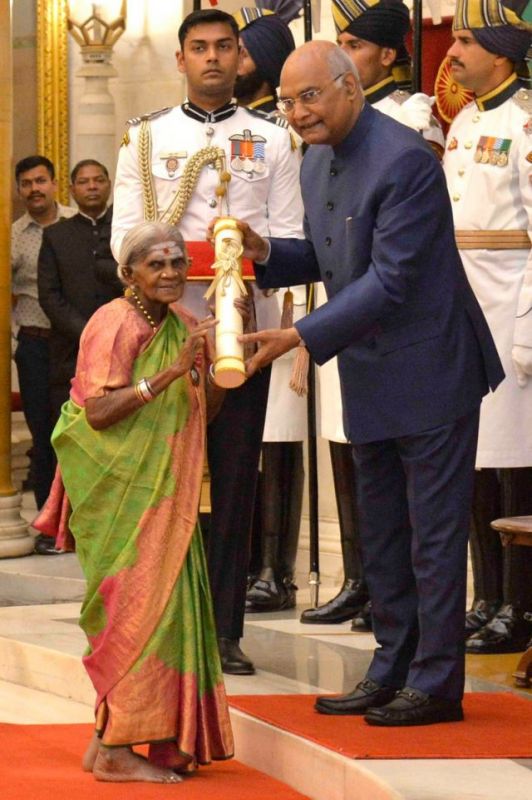 Thimmakka, dressed in a light green sari, with a smiling face

Thimmakka's story is of grit and determination. She reportedly wanted to commit suicide in her 40s as she could not conceive, but with the support of her husband, she found solace in planting trees. The couple arduously worked in the fields during the day, planted trees and cared for them. From 10 plants in the first year, they kept planting more saplings in the later years. Sometimes even bringing water from over 4 kilometers for their plants. Born in Hulikal village in Karnataka, Thimmakka has planted over 8,000 trees during a period of 65 years. Her husband passed away in 1991.