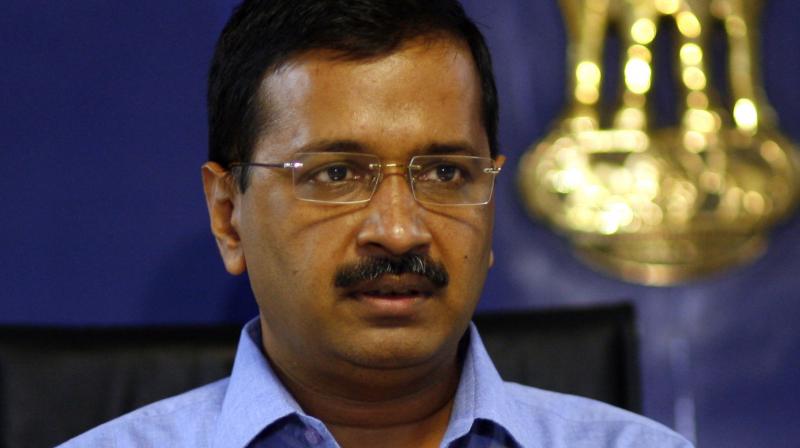 New Delhi, March 13 (PTI) Delhi Chief Minister Arvind Kejriwal Tuesday cited an internal survey of his party to claim that 56 per cent people feel the BJP will suffer electoral losses because of its "conduct" regarding the Pulwama terror attack and the subsequent Indo-Pakistan tensions. Hitting back, the BJP said it was a "shame" that Kejriwal was "weighing the profit and loss" of the heroic action of the country's soldiers.

Kejriwal at a press conference said the survey commissioned by the AAP portrayed the BJP's handling of the conflict between India and Pakistan in "negative" light among people. Later he took to Twitter, saying 56 per cent people in the survey feel the BJP will suffer electoral losses because of its "conduct". Replying to a Twitter user, Kejriwal said, "The question was - will BJP gain or lose becoz of Pulwama and subsequent Indo-Pak tensions?"

In a stinging attack, BJP legislator Vijender Gupta said Pulwama terror attack and its revenge taken by the Air Force at Balakot are political issues for Kejriwal but the BJP considers it as honour of the nation. "It is a matter of shame that Kejriwal is weighing the profit and loss of the heroic action of our soldiers in this manner. That is why he has become Pakistan's poster boy," Gupta said.
The BJP leader also alleged that Kejriwal and his party were "misguiding" people with their "fake" survey.