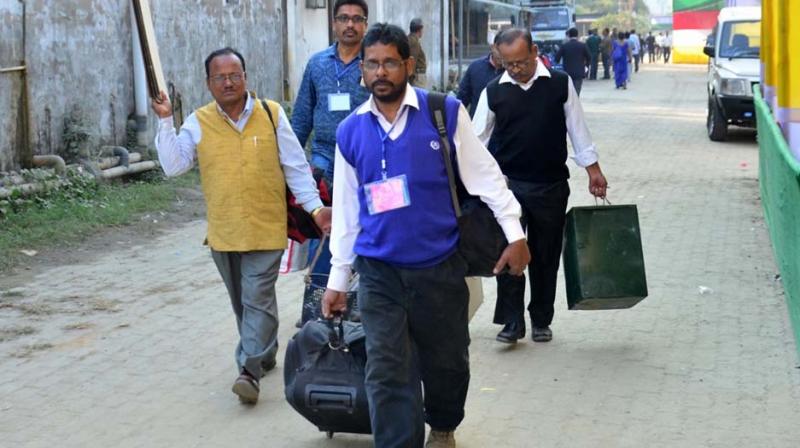 Palghar, Mar 13 (PTI) At least 26 teachers from Palghar district in Maharashtra have been booked for allegedly refusing to do election-related duty, police said Wednesday. The teachers from a school in Nallasopara area were last year appointed as booth-level officers to update the voters' list and undertake other poll-related works, Palghar police spokesperson Hemant Kumar Katkar said. They were supposed to carry out the works between June 2018 and February this year, he said.

However, since the 26 teachers did not turn up for the work, an electoral registration officer in-charge of the area complained to police, he said. Based on the complaint, the teachers were on Tuesday booked under Section 32(1) (breach of official duty in connection with preparation of electoral rolls) of the Representation of People Act, Katkar said.