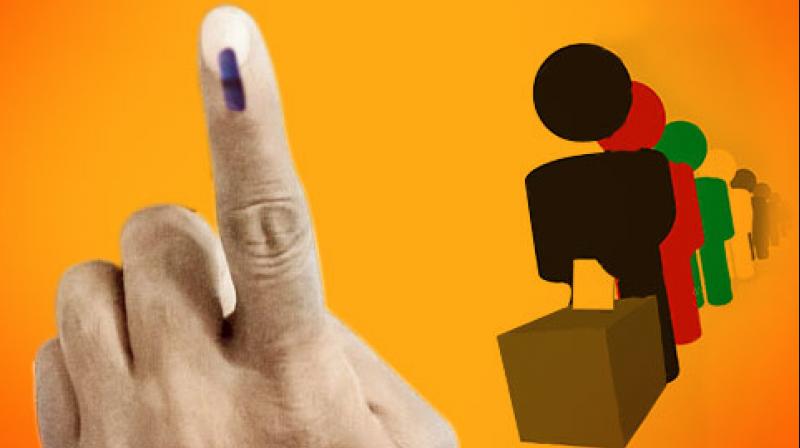 Mumbai, Mar 11 (PTI) Lok Sabha polls will be held in four phases in Maharashtra starting from the Vidarbha region on April 11, a top official said Sunday. At 48, Maharashtra sends the second largest number of MPs to Lok Sabha, after Uttar Pradesh which has total 80 constituencies.

The schedule for seven-phase Lok Sabha elections in the country, beginning April 11, was announced by the Election Commission in Delhi this evening. The counting of votes will be taken up on May 23. In Maharashtra, voting will be held on April 11 for seven seats, namely Wardha, Ramtek, Nagpur, Bhandara-Gondiya, Gadchiroli-Chimur, Chandrapur and Yavatmal-Washim, all in Vidarbha region.

The seats that will vote in the second phase on April 18 are Buldana, Akola, Amravati, Hingoli, Nanded, Parbhani, Beed, Osmanabad, Latur and Solapur constituencies. Most of these seats fall under Marathwada region. A total of 14 Lok Sabha seats will go to polls on April 23 during the third phase.

He said VVPAT (Voter Verified Paper Audit Trail) machines will be in place across all Parliamentary constituencies, so that a voter can confirm whether he or she has voted for the chosen candidate. "As compared to the voters' list of 2014, the number of voters has gone up by 65,31,661. As many as 2,24,162 persons have registered with the election commission under persons with disabilities facilities," Kumar added.

The Election Commission of India (ECI) has already announced that those who get registered with the PWD application of the poll watchdog will be provided a free pick and drop from their home till polling booth. The expenses would be borne by the EC. In 2014, Maharashtra recorded 62.24% voting as against 53.67% in 2009 general elections. The number of polling booths in rural areas was 61,816 in 2014, which is now reduced by 6,002 to 55,814 for general elections 2019.

"If a person is not yet registered as a voter, then ten days prior to the deadline for submission of nominations in that particular Lok Sabha constituency, that person can register oneself as a voter," Kumar said. A byelection to Katol assembly constituency in Nagpur district will be held along with the Lok Sabha polls.