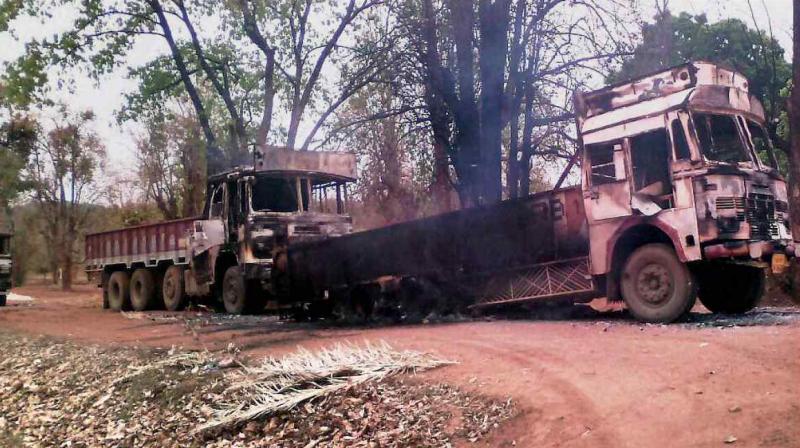 A group of Naxals allegedly set ablaze five empty trucks in Dantewada district of Chhattisgarh early today, police said. With this, Maoists have so far torched at least nine vehicles, including two passenger buses, in the last three days in separate incidents in Dantewada, police said. The arson is being viewed as a reaction to the death 15 Naxals in an encounter with security forces in neighbouring Sukma district on August 6. 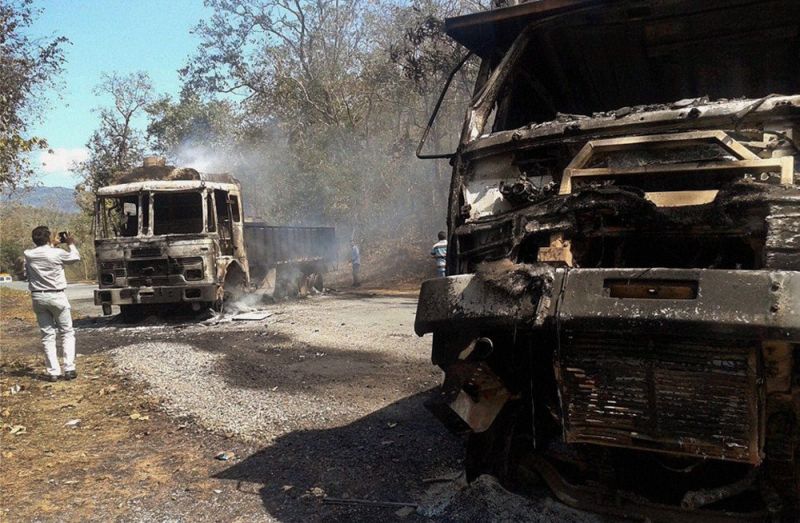 Maoists have so far torched at least nine vehicles

"As per the information, a group of armed Naxals reached near the office of Truck Owners' Association in Bacheli town, where several trucks were parked, in the wee hours," Dantewada Additional Superintendent of Police Gorakhnath Baghel told PTI. "They threatened the truck drivers to leave the place and before fleeing from the spot, they torched five empty trucks," he added. Soon after being alerted about the incident, a police team was rushed to the spot. Security arrangements have been stepped up in the area and combing operation has been intensified to trace the ultras, he said.

These trucks were engaged in transportation of iron ore in Bailadila iron ore mines area that consists of two towns- Kirandul and Bacheli- located around 450 kms away from the capital Raipur. "Maoists are frustrated over the death of its cadres in recent encounters in Sukma and Bijapur and therefore they are committing such acts," Baghel said. As many as 15 ultras were gunned down in an encounter with security forces in Konta area in Sukma on August 6. 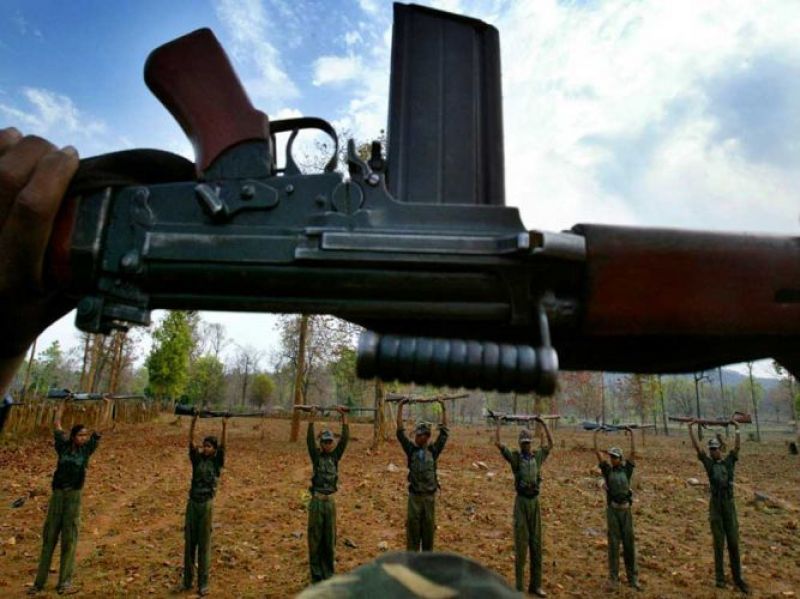 Two days after the incident, naxals torched two buses and a truck in Bhansi area of Dantewada after asking occupants of the vehicles to alight. In another incident on the same day, the engine of an empty rake of the Visakhapatnam-Kirandul passenger train derailed after Naxals uprooted railway tracks near Kamaloor railway station in Dantewada. Yesterday, Maoists had torched a JCB machine, engaged in pipeline laying works, in Kuakonda police station area of the district.