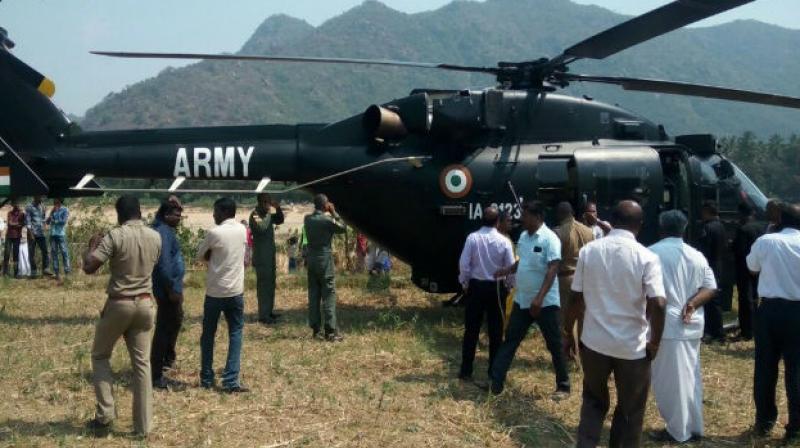 Bengaluru, Feb 5: An army helicopter made an emergency landing on an agriculture field in the city outskirts Tuesday following a technical snag, police said. However, no one was injured. The incident occurred at Thattaguppe under Kaggalipura police station limits at about 1 pm, they said. Two trainee pilots noticed the technical fault in the helicopter and informed the local authorities before grounding it. Some problem was detected in the engine

"Some problem was detected in the engine due to which they (pilots) landed at Thattaguppe. Nobody was injured," a police official told PTI. The incident comes close on the heels of a Mirage 2000 aircraft crash at the HAL airport in the city on February 1 killing both the pilots while performing sorties.