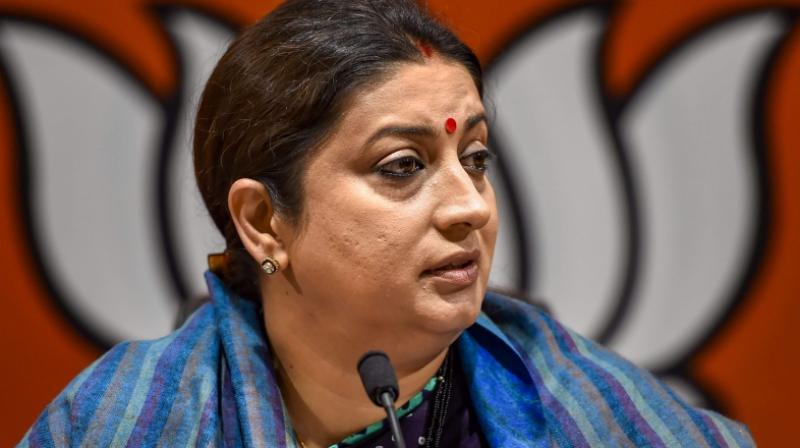 Lucknow, Apr 4: BJP leader Smriti Irani Thursday attacked Congress president Rahul Gandhi, saying his decision to contest from the Wayanad Lok Sabha seat in Kerala was an "insult" to the people of Amethi. The 48-year-old Congress chief is contesting from Kerala in addition to his traditional stronghold Amethi, where he is pitted against the Union textile minister.  This will be the second attempt by Irani to wrest Amethi from the Congress. In 2014, she lost the seat by a margin of over one lakh votes to Gandhi.

Irani said a person, who has been here in Amethi for the past 15 years, has decided to leave his supporters and chosen to file nominations from another constituency. "He is filing his papers from another Lok Sabha seat. This is an insult to Amethi and a betrayal with its people," she told reporters here, hours before Gandhi filed his nomination papers in Wayanad. Gandhi's decision to fight from Wayanad is because the Congress workers know he does not have support in Amethi, Irani alleged. 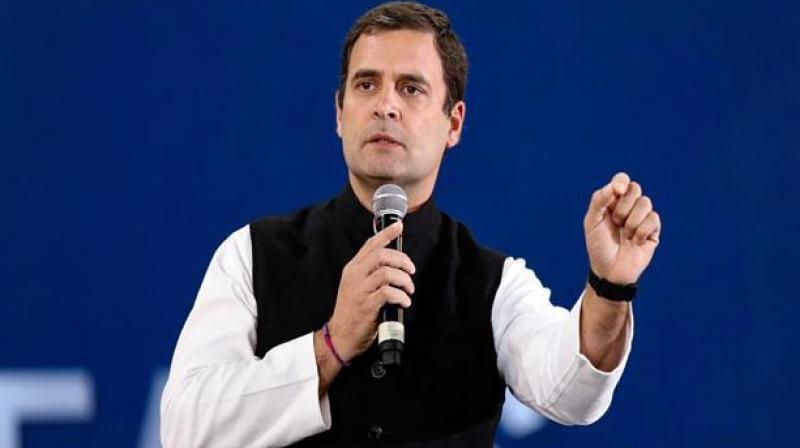 "People of Amethi had to bear with the missing MP for 15 years. A person, who rode on the shoulder of Amethi and enjoyed power for the past 15 years, has decided to leave his supporters and chosen to file nominations from another constituency because Congress workers know he does not have support," she said. Irani also tweeted, "While Rahul is taking support of 'desh virodhi' (anti-India) forces,

BSP candidate from Gauriganj assembly constituency Vijay Kishore Tiwari is joining the BJP with a strong determination to empower the country." The Union minister, who is on a two day-visit to Amethi, landed at the Chowdhury Charan Singh airport here this morning and visited the RSS office in Rajendra Nagar before proceeding to the Lok Sabha constituency. During her visit, Irani will address a Kisan Rally in Parshedpur under the Amethi parliamentary constituency.