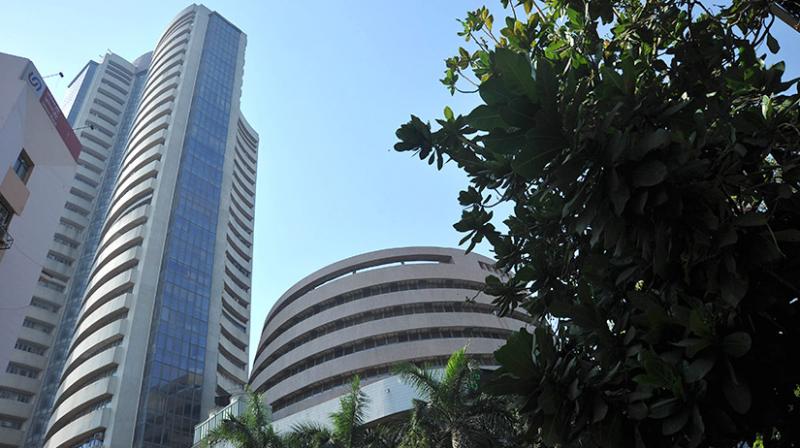 Mumbai, Mar 29: The BSE benchmark Sensex jumped over 200 points and the NSE Nifty breached the 11,600 level in early trade Friday driven by heavy buying in realty, metal and pharma stocks amid unabated foreign fund inflows and positive global cues. The 30-share index pared some ground and was trading 82.05 points, or 0.21 per cent, up at 38,627.77. It had rallied 412.84 points to 38,545.72 in the previous session.

All sectoral indices were trading in the green with BSE telecom, healthcare, metal, tech and power indices surging up to 1.80 per cent. "The rise in equity market currently looks like a catch-up rally just before the 2019 general elections, especially in the case of private banks which are making new highs," said Hemang Jani, Head - Advisory, Sharekhan by BNP Paribas. According to experts, global economic growth concerns and US Federal Reserve's dovish view on rates will give a positive impetus to emerging markets like India.

In the Asian region, Hong Kong's Hang Seng rose 0.75 per cent, Korea's Kospi was up 0.31 per cent, Shanghai Composite Index soared 2.36 per cent and Japan's Nikkei rallied 0.95 per cent in late morning trade. On Wall Street, the US Dow Jones Industrial Average ended 0.36 per cent higher on Thursday.