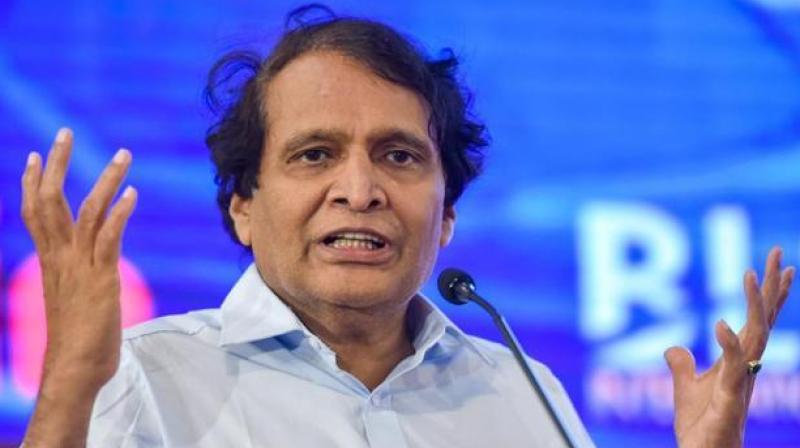 New Delhi, Apr 7: Commerce and Industry Minister Suresh Prabhu has underlined a need to develop a proper matrix to understand changes in the Indian economy and job creation that is happening at a rapid pace. The minister's comments have come against the backdrop of former RBI Governor Raghuram Rajan recently raising doubts over the Indian economy growing at 7 per cent when not enough jobs were being created.

In response, Prabhu said, "We have to have proper matrix to be developed to understand this changing profile of India's economy and in which job creation is happening at rapid rate."  He said that the relation between employment generation to GDP (Gross Domestic Product) will always undergo a change depending upon the profile of the economy.  Despite the fact that only 16 per cent of the GDP comes from agriculture, the sector engages over 60 per cent of the country's population, he said, adding that "so, what is the relation between GDP and job creation?" Further, Prabhu said that in 1960s and 1970s, the government used to provide bulk of the jobs and then came the private sector. He added that now start-ups too are providing huge job opportunities but the challenge is to capture that data. Questioning growth numbers, Rajan had said that the current cloud over the GDP data must be cleared by appointing an impartial body to look at it.

Questions have been raised about the government not making public the NSSO labour survey that reportedly put the unemployment rate in 2017 at a 45-year high. Last month, a group of 108 economists and social scientists said that lately Indian statistics and the institutions associated with it have come under a cloud for being influenced and indeed even controlled by political considerations.