The study, published in the Journal of Alternative and Complementary Medicine, used lyengar yoga that has an emphasis on detail... 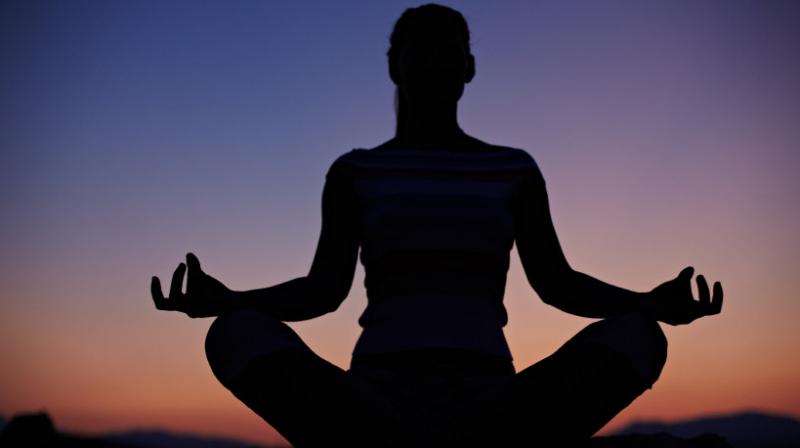 Participating in yoga and deep breathing classes twice a week along with home practice may effectively reduce the symptoms of depression, a new study claims. The findings provide support for the use of yoga-based interventions as an alternative or supplement to pharmacologic treatments for depression, researchers said. Reduce the symptoms of depression with Yoga

"This study supports the use of a yoga and coherent breathing intervention in major depressive disorder in people who are not on antidepressants and in those who have been on a stable dose of antidepressants and have not achieved a resolution of their symptoms," said Chris Streeter, associate professor at Boston University School of Medicine in the US. Major depressive disorder (MDD) is common, recurrent, chronic and disabling. Due in part to its prevalence, depression is globally responsible for more years lost to disability than any other disease, researchers said. Up to 40 percent of individuals treated with antidepressant medications for MDD do not achieve full remission. The study, published in the Journal of Alternative and Complementary Medicine, used Iyengar yoga that has an emphasis on detail, precision, and alignment in the performance of posture and breath control. Individuals with MDD were randomized to the high dose group, three 90-minute classes a week along with home practice, or the low dose group, two 90-minute classes a week, plus home practice. Both groups had significant decreases in their depressive symptoms and no significant differences in compliance. Although a greater number of subjects in the high dose group had less depressive symptoms, the researchers believe attending twice-weekly classes (plus home practice) may constitute a less burdensome but still effective way to gain the mood benefits from the intervention.

Yoga and meditation repair your DNA to eliminate disease and depression

According to Streeter compared with mood-altering medications, this intervention has the advantages of avoiding additional drug side effects and drug interactions. "While most pharmacologic treatment for depression targets monoamine systems, such as serotonin, dopamine, and norepinephrine, this intervention targets the parasympathetic and gamma-aminobutyric acid system and provides a new avenue for treatment," said Streeter, who is also a psychiatrist at Boston Medical Centre.