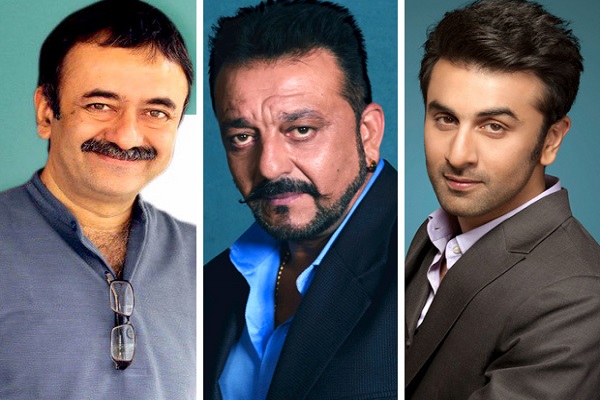 Mumbai: Director Rajkumar Hirani, who has for the first time collaborated with Ranbir Kapoor for their upcoming film, a biopic on actor Sanjay Dutt, is impressed by his acting chops and wants to work with him again.

Ranbir entered Bollywood in 2007 with "Saawariya", which failed at the box office. However, he cemented his position in the film industry with "Wake Up Sid", "Rocket Singh: Salesman of the Year", "Ajab Prem Ki Ghazab Kahaani", "Rajneeti", "Rockstar" and "Barfi".

These were followed by a series of flop movies like "Bombay Velvet", "Besharam" and "Roy". The 35-year-old bounced back with "Ae Dil Hai Mushkil" in 2016 but his last theatrical release "Jagga Jassos" could not create any magic at the ticket window.

Now, all eyes are set on his upcoming film in which he plays the role of Dutt. Asked if the Dutt biopic will mark the return of Ranbir as a superstar, Hirani said,""He was always there, he never went away. He is a fantastic actor. I Ioved working with him. I would like to work with him again."

Hirani was speaking on the sidelines of an event that was held at veteran director Subhash Ghai's film institute Whistling Woods in suburban Goregaon.

Hirani admitted he feels the pressure for his next directorial venture as it is seen as one of the most awaited Hindi films of the year.

The "PK" director said Dutt has seen some scenes of the film and the 58-year-old actor is happy with the way the movie has shaped up.

"He has seen some scenes but not the entire film. But he has seen many scenes, the teaser of the film. We are working on it. When it is completely ready he would be the first person to see it. He is surprised and shocked that a film is made on his life. He has to absorb that," Hirani said.

There were reports the teaser of the yet-to-be-titled film on Dutt will be released on April 24 during an IPL"cricket match, but the "Munna Bhai MBBS' director said the teaser will be out on the same day in the morning.

"We are launching it on April 24 in the morning and it will be played at IPL."  The film is set to hit theatres on June 29.  PTI