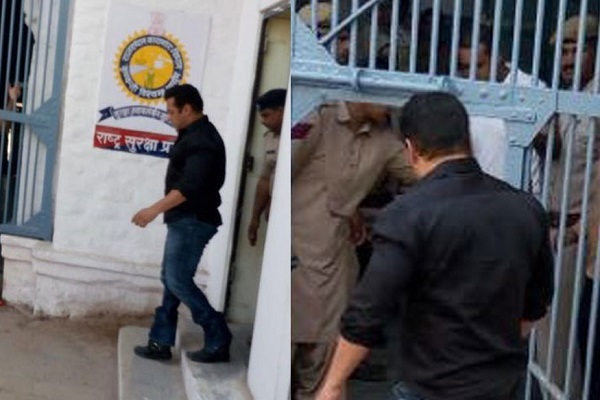 Jodhpur: A district and sessions judge, who was supposed to pronounce order on Salman Khan's application for bail and suspension of sentence in 1998 black buck poaching case, has been transferred as part of a reshuffle.

In a late night development, Sessions Judge Ravindra Kumar Joshi has been transferred to Sirohi, as per an order of the Rajasthan High Court. Chandra Kumar Songara will be replacing him in Jodhpur's sessions court. Joshi is among 134 judges transferred by the Registrar General of the High Court.

The actor, who was on Thursday convicted by a trial court and sentenced to five years in prison in the black buck poaching case, has spent two nights in the Jodhpur Central Jail so far.

The sessions court yesterday reserved its decision on Bollywood superstar Salman Khan's bail plea for today and had called for the records of the case from the trial court.

The district and sessions court heard arguments on the suspension of sentence and bail application before deferring the matter till today. But now, the chances are feeble of the departing judge proceeding further in the matter, one of the prosecution counsels Mahipal Bishnoi said.

But according to legal experts, the sitting judge has a time of seven days to get himself relieved and if he does so, the judge can proceed with the decision on Khan's application today itself.

"If he refuses to decide the application today, the defence could seek refuge of the link court which is the ADJ court, Bishnoi said.

In another development, Magistrate Dev Kumar Khatri, who had sentenced Khan to five years in jail, has also been replaced by another magistrate. Khatri has been put on awaiting posting orders.  PTI