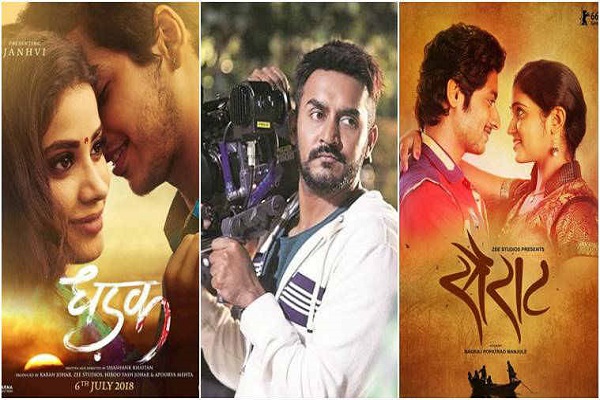 Directed by Shashank Khaitan, the movie is the official Hindi adaptation of Marathi blockbuster "Sairat".

Karan Johar's Dharma Productions and Zee Studios are producing the film. Johar took to Twitter to make the announcement of the wrap.

"The warmest trio at @DharmaMovies !! @ShashankKhaitan is truly the strongest guide... Mentor... Friend and above all director! Janhvi and Ishaan are truly the heartbeat of #Dhadak," he wrote.

The filmmaker-producer also shared the picture of the trio. The production house also confirmed the news on its official Twitter account. "Come Monsoon 2018 and it's going to be raining love! #Dhadak #DhadakJuly20 @ShashankKhaitan Ishaan & Janhvi," the post read. The film is scheduled to be released on July 20.

Ishaan is making his feature film debut with Iranian filmmaker Majid Majidi's first India-set film "Beyond The Clouds", which releases in India on April 20.  PTI