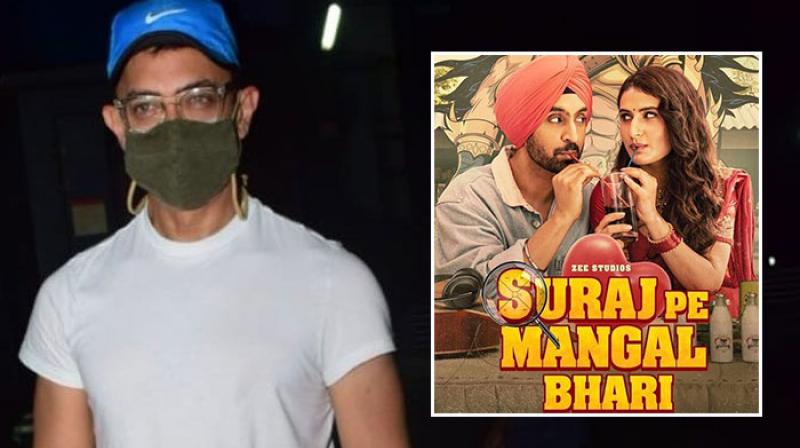 In a video message ahead of the screening on Tuesday, Khan said he was excited to witness the "big screen experience". 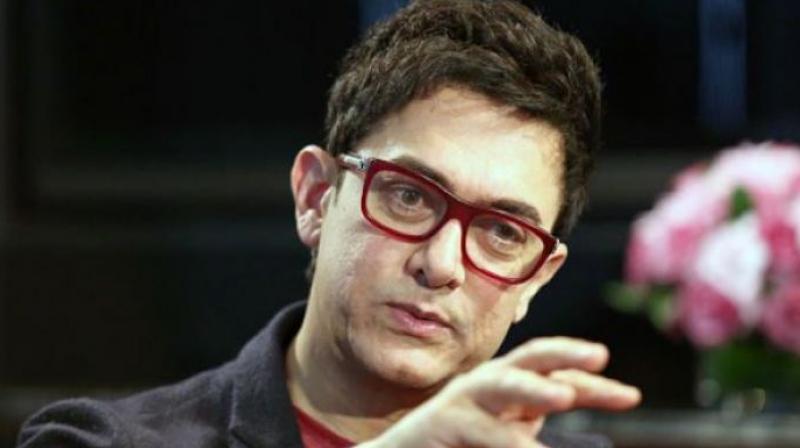 "During the lockdown, we were all watching movies on our laptops, so I'm really looking forward to the big screen experience," the actor, who was accompanied by his daughter Ira, said.

"I have been hearing good things about this film, 'Suraj Pe Mangal Bhari'. People have been praising Diljit and Manoj's performances. So all the very best to the entire team and to all the theatres that have opened up. Stay safe," he added.

Set in the '90s, "Suraj Pe Mangal Bhari" is billed as an unlikely comedy about a wedding detective on a hunt which turns into a chase game. 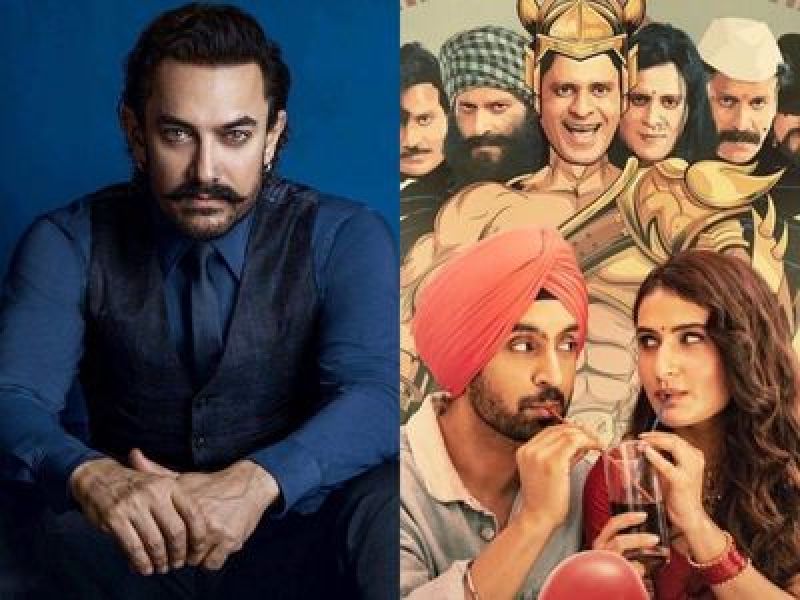 PhotoThe Centre had allowed reopening of theatres and multiplexes on October 15, and halls in several places, including Delhi and parts of Madhya Pradesh and Gujarat, resumed functioning in accordance with the new normal.

On November 5, the Maharashtra government finally allowed cinema halls, multiplexes and drama theatres outside containment zones to restart operation with 50 per cent seating capacity and a host of dos and don'ts, including ensuring physical distancing, sanitisation and no eatables allowed.