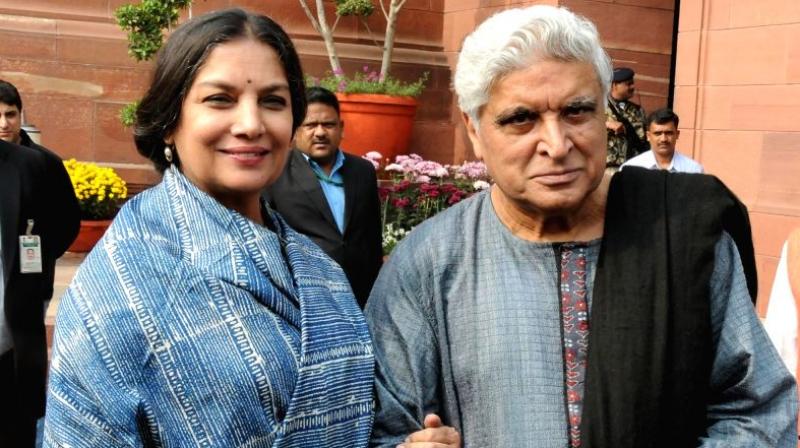 Mumbai, Feb 16: Veteran actor Shabana Azmi on Friday said she and her husband, lyricist-writer Javed Akhtar, have decided not to attend Kaifi Azmi's birth centenary celebrations in Karachi in the wake of Pulwama terror attack. The couple was invited to Pakistan by the Karachi Arts Council for a two-day event. "@Javedakhtarjadu and I were invited for a 2 day event celebrating Kaifi's Centenary and were truly looking forward to it.

I appreciate that our hosts the Karachi Arts Council mutually agreed to cancel the event at the nth hour in the wake of Pulwama attack," Azmi posted on Twitter.  In one of the deadliest terror attacks in Jammu and Kashmir's three decades of militancy, a Jaish suicide bomber rammed an explosives-laden vehicle into a CRPF bus in Pulwama district, killing at least 40 personnel and leaving many critically wounded. 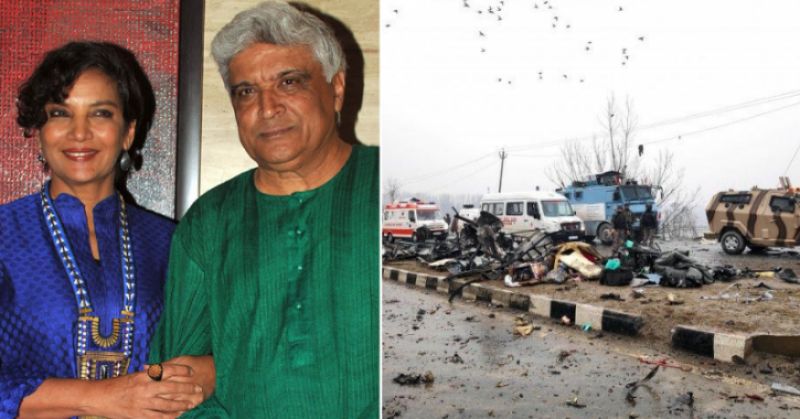 Azmi condemned the attacks and said she stands united with the grieving families.  "Will there be no let to these heinous attacks? These mindless killings. This utter disregard for human lives? Extremely shocking news coming from Pulwama. I strongly condemn the worst terror attack on CRPF convoy," she wrote. Akhtar, who had penned the CRPF anthem which was launched in 2014, also took to Twitter to pay his condolences.

"I have a special relation with CRPF. I have written their anthem before putting the pen to paper I met a number of CRPF officers and whatever I learned, my respect, admiration and love for these braves increased by many a fold. Today I share the grief of the dear ones of the martyrs," he wrote.