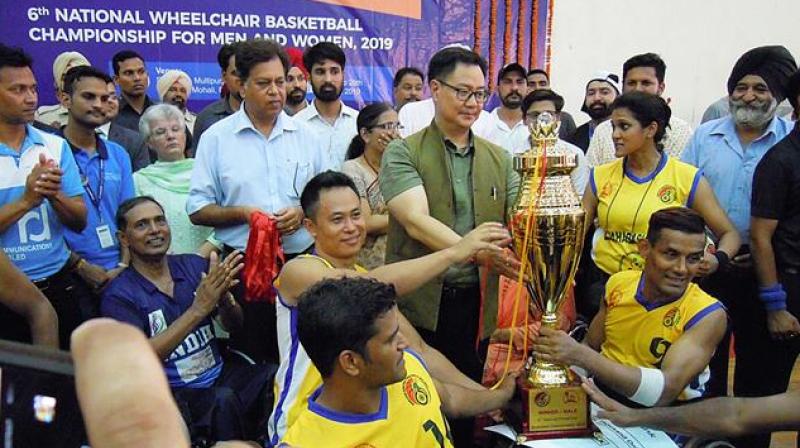 The 6th National Wheelchair Basketball Championship concluded here today with Maharashtra bagging the top honours in both the Men's and Women's categories. Punjab emerged runners up and Tamilnadu third in Men's category while in Women's category Tamilnadu bagged second and Karnataka third position.

The 6 day championship was organized at the Multipurpose stadium in Sector-78 here by the Wheelchair Basketball Federation of India with the assistance of the Sports Department, Punjab. During the concluding day today, the Union Sports Minister Mr. Kiren Rijiju graced the occasion as the Chief Guest and gave away the prizes. 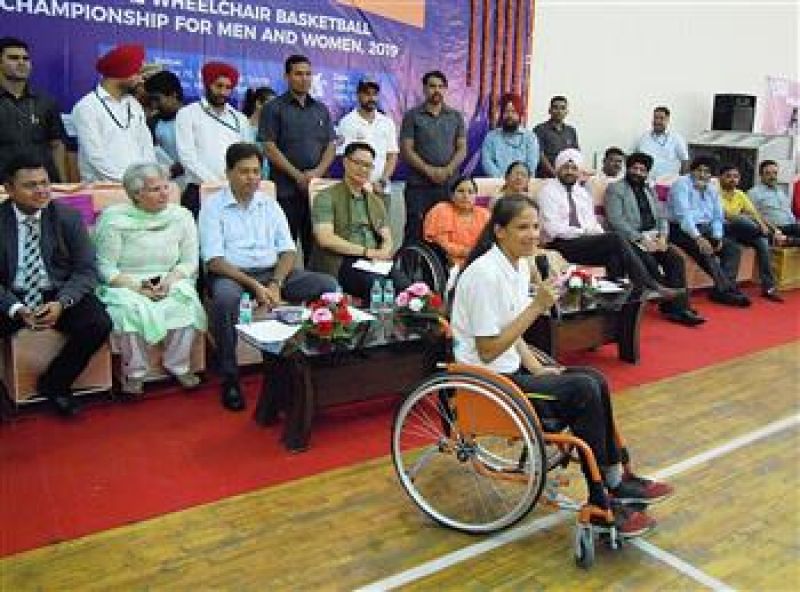 In the Men's category, Maharashtra defeated Punjab 64-52 and won it's sixth consecutive title. During the previous year, Punjab remained on 3rd spot while this time it emerged as runners up. The match for the third position was won by Tamilnadu who defeated Telangana 42-20. In the Women's category final Maharashtra beat Tamilnadu 25-14 and won it's third title.

The third place went to Kerala who defeated Odisha 20-6.In his address, Mr. Kiren Rijiju congratulated the winning teams besides the association and the Sports Department, Punjab for successfully organizing the championship. He further said that witnessing such sports events act as tonic for him too as he gets to learn something unique. 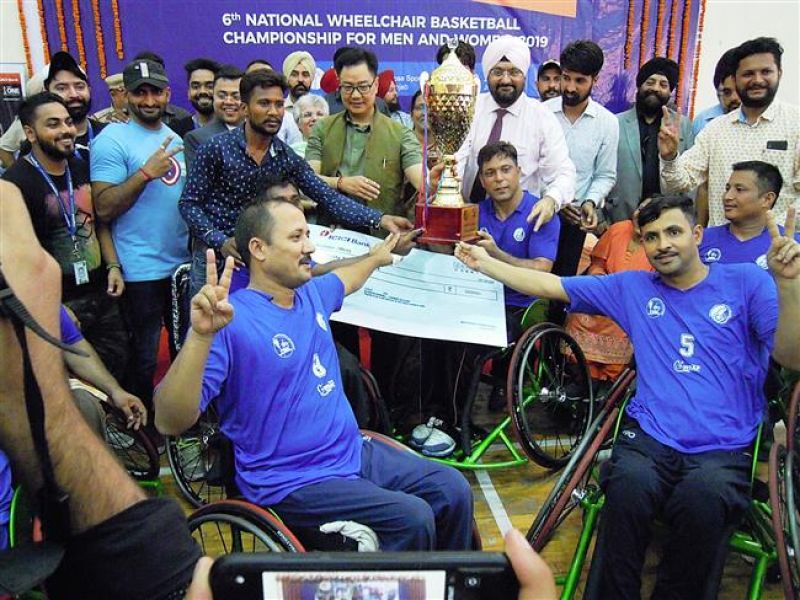 The minister also outlined that the next target of ours is 2020 Tokyo Olympic Games and emphasis would be laid on the maximum participation of the Indian players and more medals. He further elaborated that during his 2 day visit to the State, he has also visited NIS Patiala where he got immense happiness while interacting with the players. 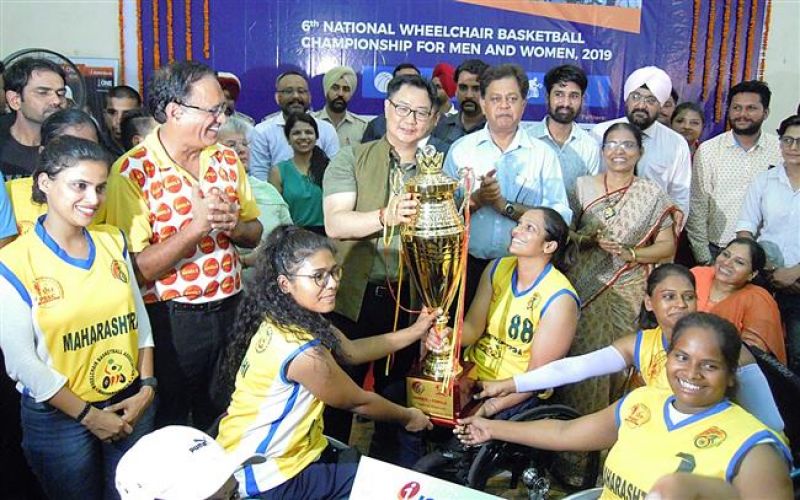 On the occasion, the Additional Chief Secretary Sports, Punjab, Mr. Sanjay Kumar welcomed Mr. Kiren Rijiju to Punjab and thanked the federation to allott National Championship to Punjab. He also disclosed that the Punjab Government has chalked out player friendly sports policy with equal facilities and encouragement to the Para players. He also said that in future too, Punjab would keep on organizing such sporting events.

Thanking the Union Sports Minister as well as the Sports Department, Punjab, the President, Wheelchair Basketball Federation of India Mrs. Madhvi batted for the need to have an infrastructure which is responsive to the needs of the para players. She also advocated that the teams also be sent to participate in the team events of the para sports in the Olympic, Asian and Commonwealth Games apart from the individual events. 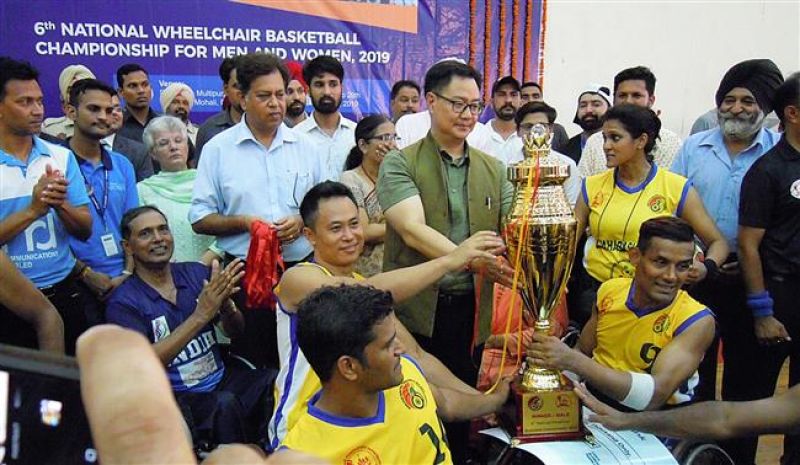 In her address, the Secretary General of the Wheelchair Basketball Federation of India Mrs. Kalyani Rajaraman divulged that the championship was started in 2014 with the participation of 5 teams and only the Men's category events were held. The Women's category was included in the year 2015. 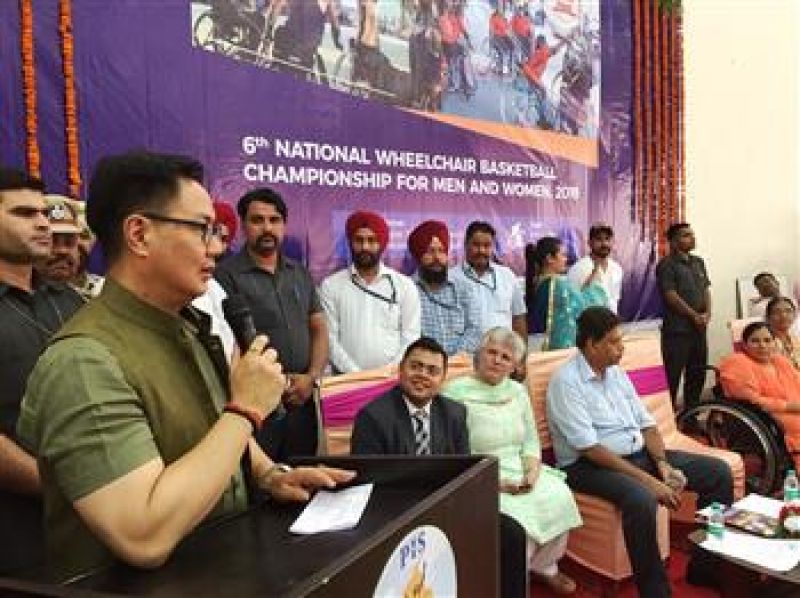 During the championship, the players from various teams Wasim (Jammu & Kashmir), Garima Joshi from Haryana, Nisha from Maharashtra and Lakima (Meghalaya) also shared their experiences and while placing some demands, expressed complete satisfaction at the facilities provided during the championship.