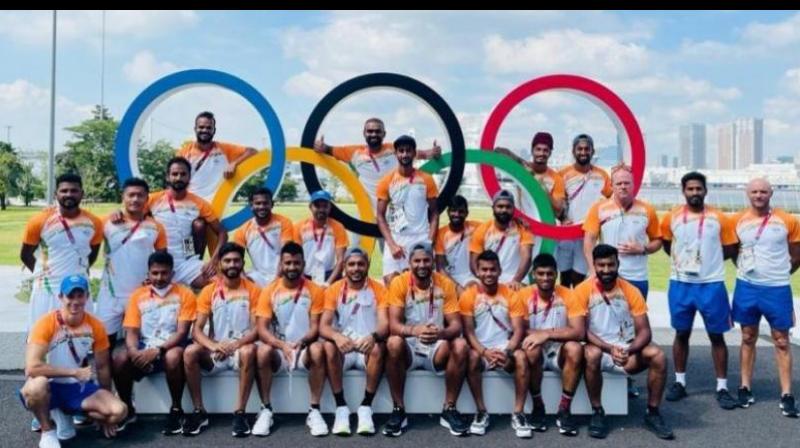 The Indian hockey team, which is trying to fulfill its dream of winning the Olympics after four decades, will face New Zealand.

New Delhi: Striving to fulfill their dream of winning an Olympic medal in four decades, the Indian hockey team will face its first challenge as New Zealand in Group A on Saturday. From Rio to Tokyo, the Indian team, which has reached the fourth position in the world rankings, has come a long way to maturity. This team of 10 young players is very strong mentally.

According to coach Graham Reid, "Mental resilience will be the key to success in the game during the epidemic. The last 15-16 months have been very difficult and I have had the opportunity to get to know the Indian players better. I am sure that with this strength he will write a new success story.

Captain Manpreet Singh believes that the confidence of the players has increased after defeating the big teams and despite the corona, this team is second to none in terms of fitness. This time the Indian team has 10 athletes for whose first Olympics.

It may be mentioned that 8 out of 16 players of the Indian men's hockey team participating in the Tokyo Olympics are from Punjab. The team going to Tokyo is also being led by Punjabi players and police officer Manpreet Singh. He is posted as DSP in Punjab Police. Apart from Manpreet, Harmanpreet Singh, Rupinderpal Singh, Hardik Singh, Shamsher Singh, Dilpreet Singh, Gurjant Singh and Mandeep Singh have also found a place in the Indian team.