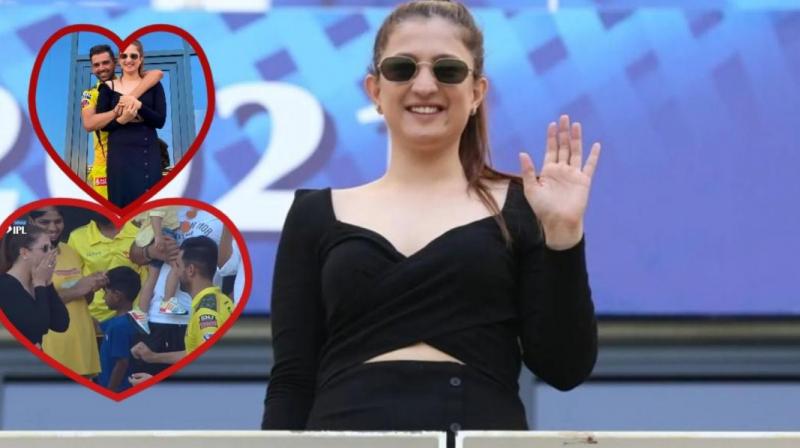 DEEPAK CHAHAR PROPOSED TO HIS GIRLFRIEND IN DUBAI STADIUM
Advertisement

New Delhi: On Thursday, Deepak Chahar went down on his knees to propose to his girlfriend Jaya Bhardwaj with a ring, which was accepted by his girlfriend. It was followed by loud cheers from the rest of the crowd which went viral on Twitter almost immediately after PBKS beat CSK by 6 wickets. 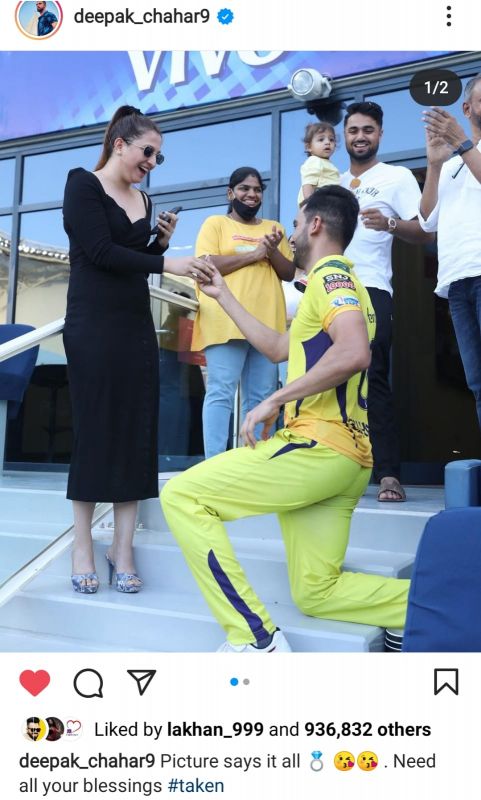 It might not have been a good day on the cricket field for Chennai Super Kings players on Thursday but CSK pacer Deepak Chahar made sure it was a memorable day for him away from it. Chahar proposed to his girlfriend, who was in the stands after the IPL 2021 match against Punjab Kings in Dubai. 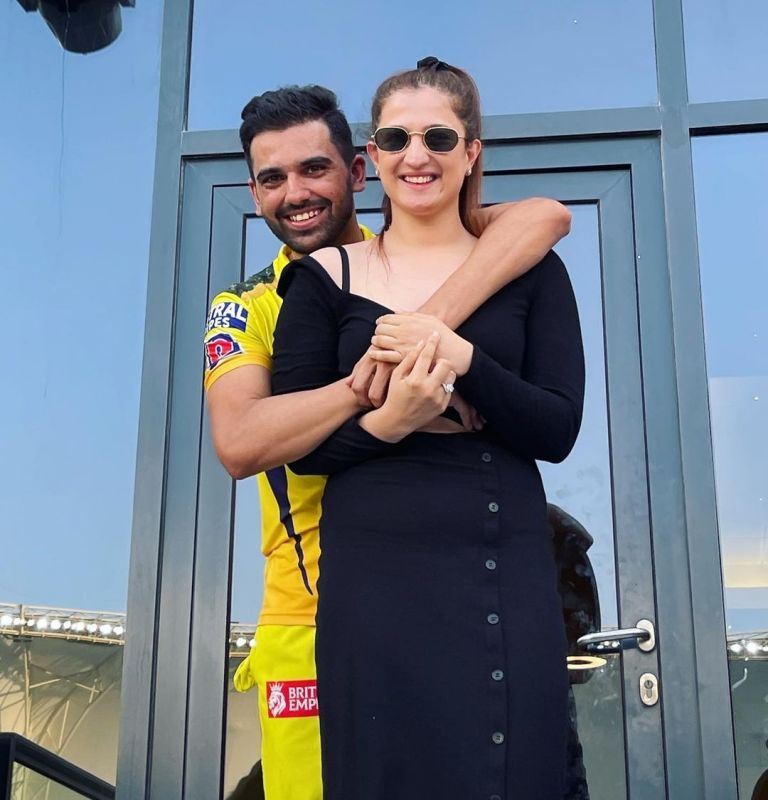 Chahar was seen placing the ring on his girlfriend's finger and then hugging her. Chahar did not have the best of days with the ball as he leaked 48 runs in his 4 overs and got just 1 wicket. 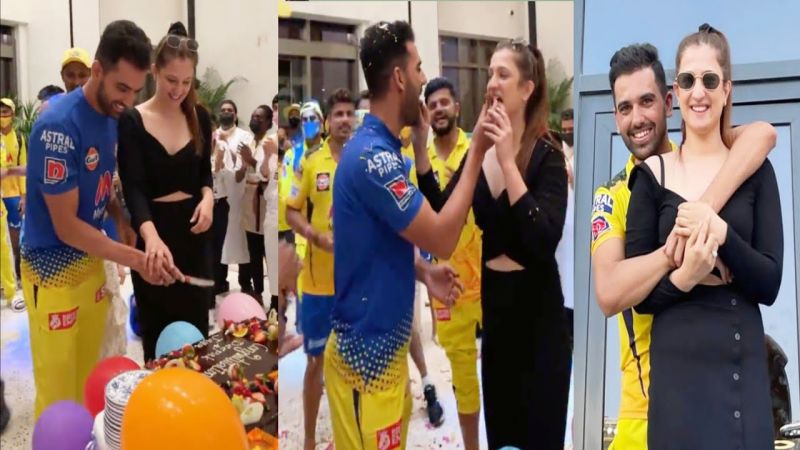 After Chahar proposed his girlfriend JAYA BHARDWAJ, they both celebrated their happiness with the team members and friends in Dubai.