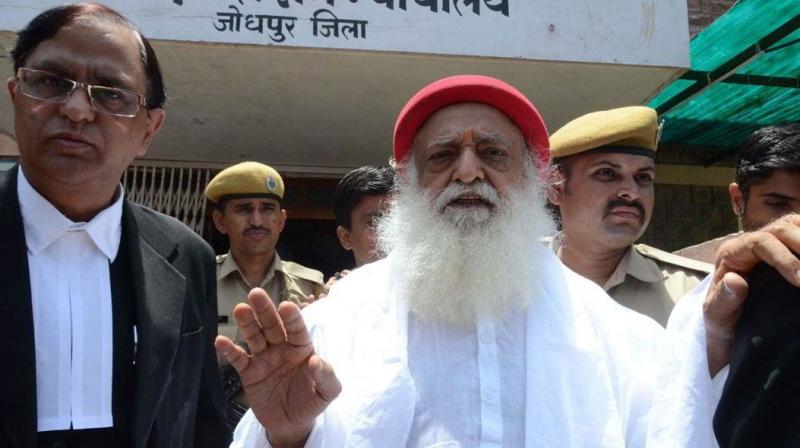 Self-styled godman Asaram was today convicted by a court here for raping a teenager at his ashram near here in 2013. The victim had said in her complaint that Asaram called her to his ashram in Manai area near Jodhpur and raped her on the night of August 15, 2013.Final arguments in the ase had been completed by the special court for SC/ST cases on April 7 and the court had kept the order reserved for today.

The 77-year-old Asaram was arrested in Indore and brought to Jodhpur on September 1, 2013. He is under judicial custody since September 2, 2013. The chargesheet against Asaram and four other co-accused Shiva, Shilpi, Sharad and Prakash was filed by the police on November 6, 2013 under various sections of the POSCO Act, Juvenile Justice Act and IPC.

Asaram is also facing a rape case in Surat in Gujarat in which the Supreme Court earlier this month gave five weeks time to the prosecution to complete the trial.

Asaram unsuccessfully moved 12 bail applications, of which six were rejected by the trial court, three by the Rajasthan high court and three by the Supreme Court. PTI