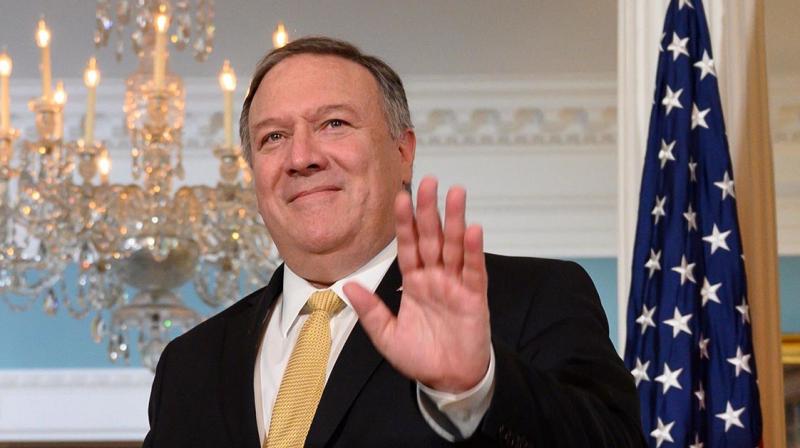 Washington, Mar 12 (PTI) US Secretary of State Mike Pompeo will meet Foreign Secretary Vijay Gokhale on Monday, during which the two officials are likely to discuss bilateral, regional and global issues of common interest.

While his US trip was scheduled much before the February 14 Pulwama terrorist attack, Gokhale's meeting with Pompeo and his counterparts here this week is expected to gain media spotlight in view of the escalated tension between India and Pakistan in the aftermath of the air strike at a terrorist camp deep inside Pakistan and subsequent developments.

Tensions between India and Pakistan flared up after a suicide bomber of Pakistan-based Jaish-e-Mohammed (JeM) terror group killed 40 Central Reserve Police Force personnel in Kashmir's Pulwama district. India launched a counter-terror operation in Balakot on February 26. The next day, Pakistan Air Force retaliated and downed a MiG-21 and captured its pilot Abhinandan Varthaman, who was handed over to India on Friday.

State Department Deputy Spokesperson Robert Palladino, during his bi-weekly news conference last Tuesday, said Pompeo played an "essential role" in de-escalating tensions between India and Pakistan. "Secretary Pompeo led diplomatic engagement directly, and that played an essential role in de-escalating the tensions between the two sides," he had then said.

Protocol-wise, it is quite unusual for Pompeo to meet Gokhale, but over the last few years, the US Secretary of State has met the Foreign Secretary, including his predecessor S Jaishankar.

These are regular high-level dialogue mechanisms to review bilateral relations, exchange views on major foreign policy and security-related developments and coordinate respective positions on issues of common interest, according to an Indian official. During his visit, the Foreign Secretary is also likely to meet with senior leaders in the US administration and the US Congress.