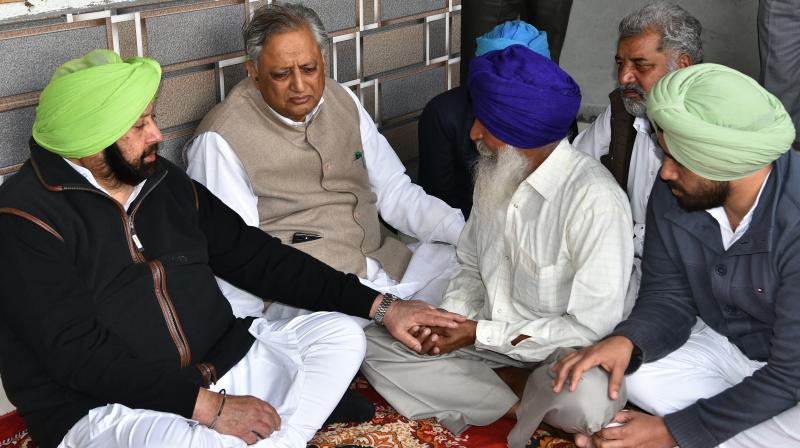 Anandpur Sahib (Ropar), February 17: Punjab Chief Minister Captain Amarinder Singh on Sunday met the bereaved parents of CRPF martyr Constable Kulwinder Singh at their village here, and announced that the local school and the link road connecting the village to Anandpur Sahib would be named after the young man who had lost his life in the Pulwama terror carnage.

Extending his sympathies to Darshan Singh and his wife in village Rauli in Tehsil Anandpur Sahib, Captain Amarinder also announced a special monthly pension of Rs. 10,000 per month to them (either or surviving parents) since they had no other children and the deceased was unmarried. The pension will be given in lieu of the job to the next of kin of the martyr, and will be in addition to the Rs. 7 Lakh Ex-Gratia and Rs. 5 Lakh Cash in lieu of Land which the family is entitled to. 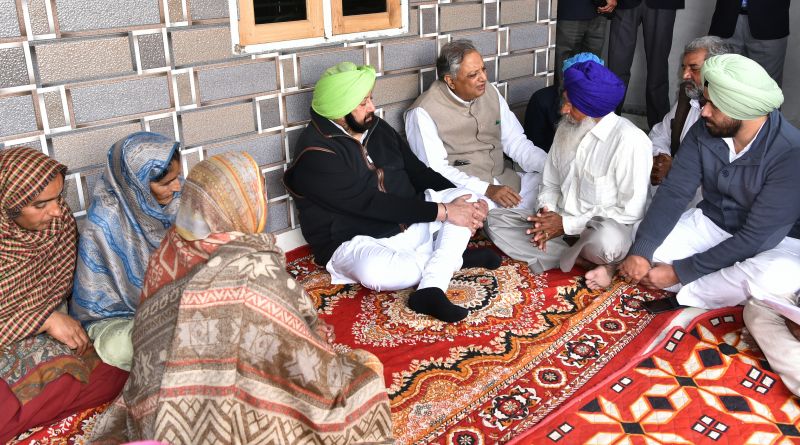 The pension will be paid by the Department of Defense Services Welfare, and the Agenda Note for the same will be presented before the Council of Ministers in the next meeting, an official spokesperson said later. The Chief Minister expressed shock and grief at the senseless violence being perpetrated from across the border, which was claiming the lives of many of our soldiers every day.

Though he refused to respond to any political questions from the media persons gathered here, given the sobriety of the situation, Captain Amarinder said every Indian was with the victims and their families in this hour of sorrow. The Chief Minister, who was accompanied by Vidhan Sabha Speaker Rana Kaypee and Media Advisor Raveen Thukral, extended his government’s full support to the families of the martyrs who had sacrificed their lives in the service of the nation. 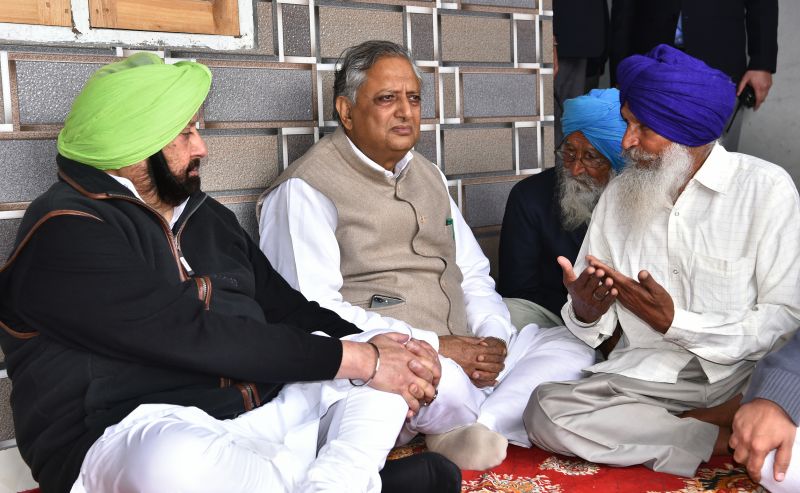 Earlier in the day, talking informally with mediapersons after an event in Mohali, the Chief Minister had made it clear that all Kashmiri students in Punjab would be given full protection by his government. He said he had issued the necessary instructions to the police in the wake of reports of Kashmiri students being targeted and harassed in various states following the Pulwama terror attack on a CRPF convoy.

No innocent person will be allowed to be subjected to any harassment in Punjab, the Chief Minister had declared, warning those trying to perpetrate communal hatred and disharmony in the state. “We will not play into the hands of the forces trying to divide us in the name of religion,” Captain Amarinder had said, vowing not to let the hard-earned peace of Punjab to be disturbed at any cost.