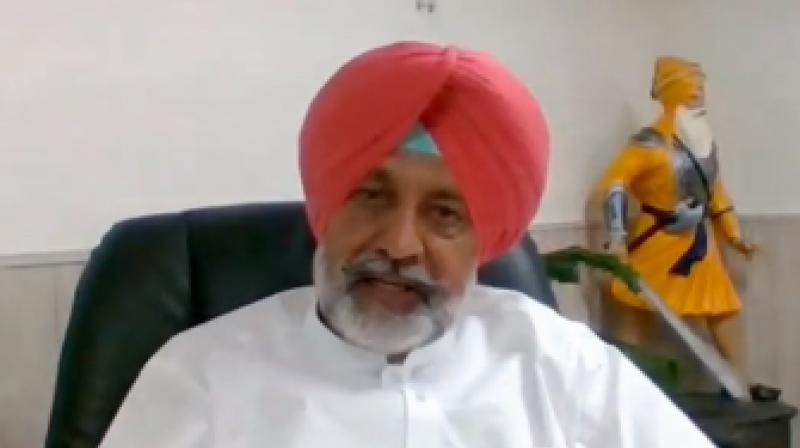 Keeping in view the transmission season of vector borne diseases has started in Punjab, the Health & Welfare Minister Mr. Balbir Singh Sidhu instructed the Civil Surgeons to intensify the measures to prevent and control the dengue and other Vector Borne Diseases (VBDs) in collaboration with departments of State Task Force.

Disclosing this here today, Mr. Sidhu said that today, National Dengue Day 2020 has been observed in all district hospitals as every year dengue cases increases and few unfortunate deaths also reported due to the disease in the State. He said that now it’s become complicated task along with Covid-19 screening, patients taken ill must get tested for Malaria & Dengue in Government hospitals.

The Minister said that for getting rid of the menace of malaria and dengue, it is extremely significant that special attention be paid towards the affected areas during the previous year besides fogging in the fixed time frame as per micro-plans through coordination of teams from Health and Local Government Departments. Apart from this, the Minister also emphasized challaning of those violating Punjab Governments’ instructions.

“In wake of Corona virus, the Health department is doing round the clock vigil and hard work to trace every affected Covid patient but at the same time it is necessary to prevent and control of dengue and other vector borne diseases which will be the paramount target for State Task Force, adding that, he said integrated efforts are being made by Local Bodies, Rural Development, Education, Transport and other stakeholder departments of State Task force to take preventive measures in view of transmission season of vector borne diseases.

Mr. Balbir Singh Sidhu further said that the staff those will be deployed on field duties for prevention of dengue and other Vector Borne Diseases should be strictly adhered to safety guidelines of Covid-19. The field staff should use mask and wash hands with soap and water frequently. Social distancing as per guidelines of Covid-19 should be practiced by all the health teams during field activities.

The Health Minister said that precautionary measures for Aedes Mosquito like spray and fogging are being taken in collaboration with Department of Local Bodies in urban areas and Department of Rural Development and Panchayats in rural areas of the State for prevention of dengue. All the identified Govt laboratories for testing of Dengue have adequate test kits and testing of suspected cases should be initiated after rational deployment of staff in the hospitals for this activity.