Akalis Failed to Even Take Care of 'Guru Ghars' During Their Misrule, Says Capt 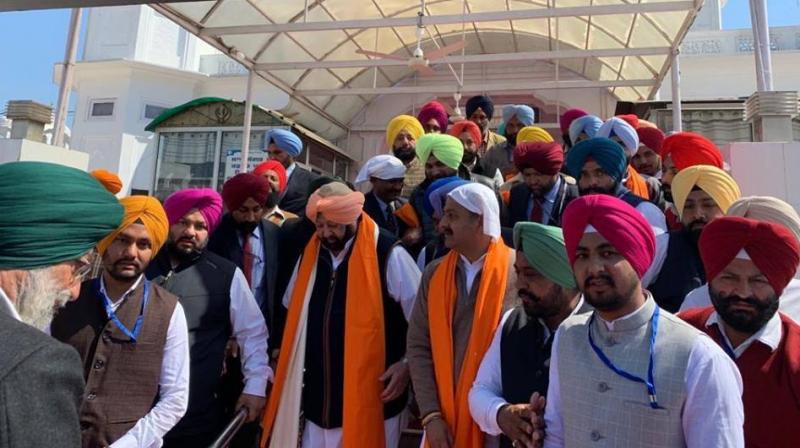 Sri Chamkaur Sahib (Rupnagar), March 6: Punjab Chief Minister Captain Amarinder Singh on Wednesday lashed out at the Akalis for not taking care of even the `Guru Ghars’ during their 10-year of destructive rule, while announcing a slew of development projects for Chamkaur Sahib, including in-principle approval for the region’s upgradation as a Municipal Corporation (MC).

The Chief Minister was here to lay the foundation stone of Sri Guru Gobind Singh Skills Institute, as a constituent college of Inder Kumar Gujral Punjab Technical University. The project is part of the government’s plans to spruce up the infrastructure in the holy city of Sri Chamkaur Sahib. The Chief Minister also announced construction of two gates in the city in the name of the ‘Bade’ Sahibzadas, Baba Ajit Singh and Baba Jujhar Singh.

Recalling that his government had constructed the memorial of 40 Muktas in Muktsar and four gates at Fatehgarh Sahib, Captain Amarinder said the Akalis had failed to do anything for any section of the society during their decade-long misrule. They had, in fact, ruined the state’s economy, he added. The Chief Minister also initiated two more development works worth Rs 15.11 crore, including beautification and facade development projects at a cost of Rs 11.50 crore and strengthening & upgradation of Sri Guru Gobind Singh Marg at an estimated cost of Rs. 3.61 crore. 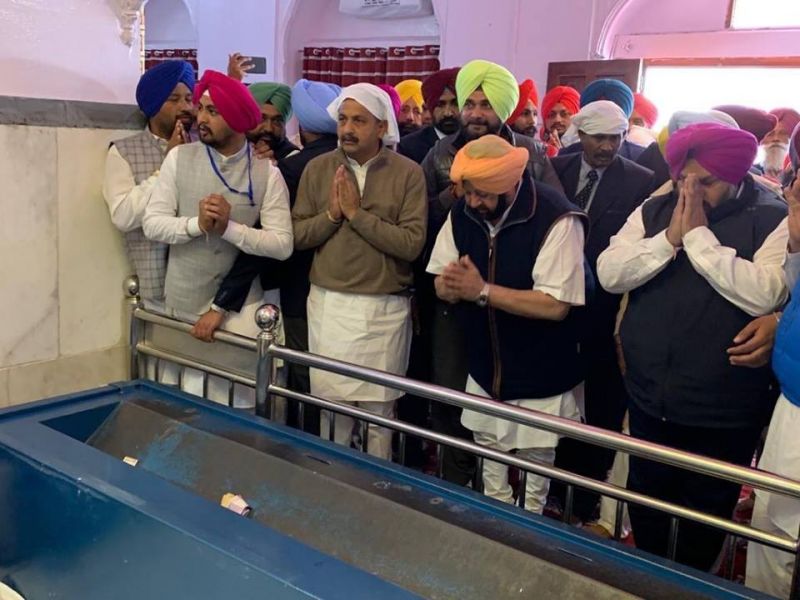 The Chief Minister, who paid obeisance at the Chamkaur Sahib earlier, said the shortage of parking space and proper roads around the gurdwara had been brought to his notice. He announced an additional Rs. 4 crores to Rs 11 crore already sanctioned for the Galliara scheme. Underlining the importance of equipping youngsters with the skills needed to become employable, the Chief Minister said the Institute would provide the requisite skills to youngsters irrespective of their educational background.

It would be built at a cost of Rs 500 crore, of which Rs. 100 crore would go into construction and the remaining would be spent on machinery, equipment, furniture and other infrastructure. He said that Public Works Department would finalise the layout and the construction would be completed in a phased manner. Pointing to the revival of industry in the state, he said industrial units needed skilled people who can work with their hands.

Money will not be allowed to be a constraint for the development of new colleges and universities, Captain Amarinder added. The proposed Punjab Skill University (PSU) would provide nationally/internationally acknowledged training and certification, he further announced, underscoring the importance of skills training. Reiterating his pledge to target 1000 jobs for youth a day, the Chief Minister disclosed that under the Ghar Ghar Rozgar & Karobar Mission, as many as 808 youth got employment just yesterday under government/private/self-employment schemes.

Noting that the last time link roads were repaired in the state was in 2006 during his earlier tenure, he said his government had already spent Rs 32000 crore on repair of such roads and would be spending another Rs 30000 crore this year. Giving details of the other projects, Captain Amarinder said facade beautification under ‘Swadesh Darshan Scheme’ would be implemented at a cost of Rs.11.50 crore, which includes beautification of Chowk connecting Morinda-Bela Road and Sanduan Road at a cost Rs.30 lakh,

parking along with basic utilities for Rs.5 crore, facade development of market & improvement of premises in front of Gurdwara Sri Katalgarh Sahib worth Rs.5 crore, besides improvement of premises and parking at Gurdwara Sri Garhi Sahib at Rs.1.20 crore. He also laid the foundation stone for strengthening and upgradation of Sri Guru Gobind Singh Marg (Section- Village Singh to Sri Chamkaur Sahib) at a cost of Rs.3.61 crore, to be completed within eight months.

The chief minister said that his government would also complete the Theme Park at a cost of Rs 14 Crores. He said the work for this park was started by him in 2006 but was stopped by the Akali government. Earlier, Technical Education Minister Charanjit Singh Channi spoke about the historic and religious significance of Sri Chamkaur Sahib and pointed out that even during his previous term, Captain Amarinder had given a major boost to its development and had upgraded it as Sub Division. He urged the Chief Minister to come out with a lift irrigation project for the area. 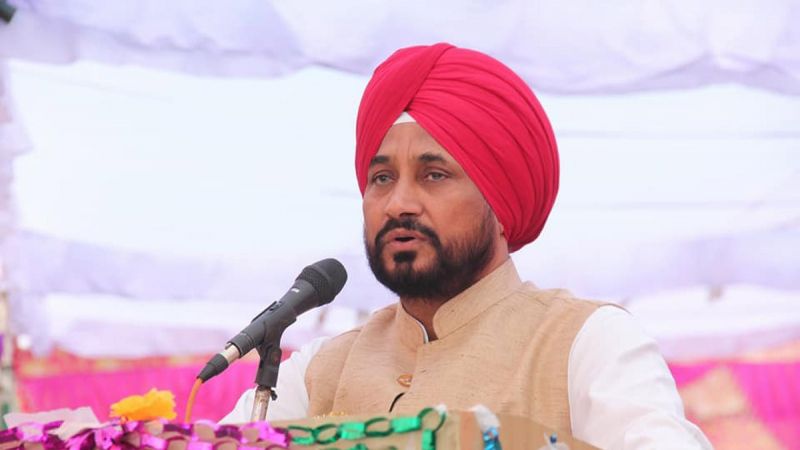 Addressing the gathering,  PWD Minister Vijay Inder Singh Singla said that it was a historic day for Sri Chamkaur Sahib with the launch of various  development works. He said that at a cost of Rs 55 crore, 400 km stretches of roads were being laid and repaired in Sri Chamkaur Sahib. Local Government Minister Navjot Singh Sidhu said that Congress Government was committed to the region’s holistic development besides providing all basic amenities in the area.