Rahul catches Modi by surprise; hugs him after sharp attack

He is known for his hugs, but this was one hug Prime Minister Narendra Modi was not expecting... 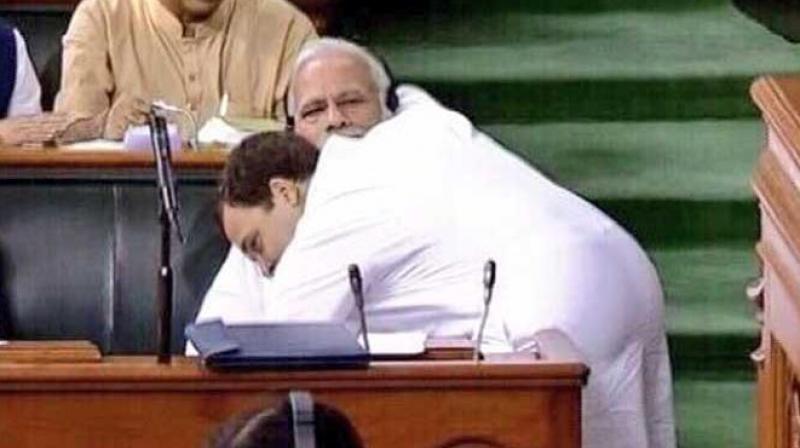 Rahul catches Modi by surprise and hugs him

He is known for his hugs, but this was one hug Prime Minister Narendra Modi was not expecting.  After a no-holds barred and scathing criticism of Modi on several issues including Rafale jet deal today, Congress president Rahul Gandhi walked across the green-carpeted well of Lok Sabha to Modi and hugged him, a gesture which took the Treasury Bench members by surprise.

Gandhi's unexpected gesture, which quickly became a favored video clip for television channels, came during a debate on no-confidence motion moved by the TDP against the Modi government. Gandhi's speech was frequently disrupted and prompting Speaker Sumitra Mahajan to adjourn the House for 15 minutes. When he resumed his speech, Gandhi continued his attack. Just before wrapping up, he strode over to Modi for the now-famous hug. Modi initially looked nonplussed and did not stand up to hug him, but recovered quickly and called Gandhi back and patted him on the back. He also appeared to say a few words, which were inaudible. BJP MPs sitting behind Modi watched the brief interaction open-mouthed as the prime minister smiled at Gandhi as he walked back to his seat.  "This is what it means to be a Hindu," Gandhi said after coming back to his seat amid applause from his party members, including his mother Sonia Gandhi and other leaders present who heartily thumped their desks.

Sharply criticised for his reported remarks that "Congress is a Muslim party", Gandhi said, "Prime Minister Modi, BJP and ...have taught me what it means to be a Congress person, the meaning of being a real Indian, and what it means to be a real Hindu. For this, I thank them."  He also said his opponents may hate him, call him "Pappu" but he has no anger, hatred against the Prime Minister and the Bharatiya Janata Party. 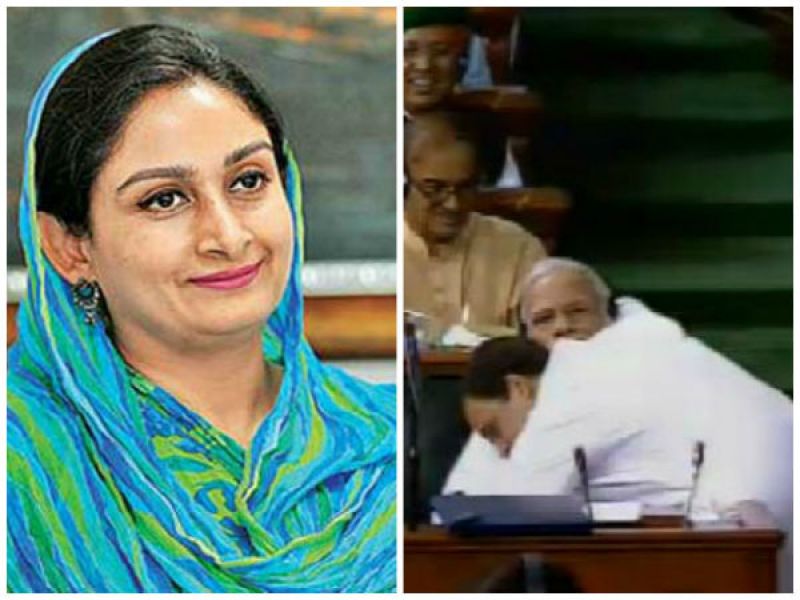 Harsimrat Kaur stood up and took objection to Gandhi's hug

This is likely the first time that an opposition leader has hugged the prime minister in the house, especially during a no-confidence motion. Akali Dal leader Harsimrat Kaur stood up and took objection to Gandhi's hug. Speaker Mahajan also gently reminded Gandhi that this was the country's legislature and not a place for such gestures.