Why shouldn't Modi get credit for Balakot strike, asks Rajnath 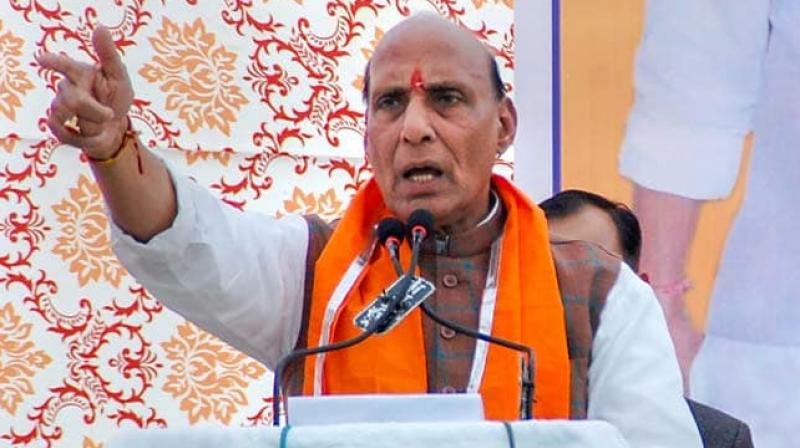 Ahmedabad, Mar 31: Union Home Minister Rajnath Singh Saturday asked if former prime minister Indira Gandhi can be credited for dividing Pakistan, why shouldn't Prime Minister Narendra Modi get the credit for the Balakot air strike. Singh was addressing a rally here in support of BJP president Amit Shah, who will file his nomination from Gandhinagar Lok Sabha constituency later in the day.

"It was the bravery of our forces that they divided Pakistan into two parts. One remained Pakistan, while Bangaldesh was formed (out of the other)," he said. "After the war, our leader A B Vajpayee praised Indira Gandhi in Parliament. She was also praised all over the country," Singh added.

Referring to the Pulwama attack, the home minister said, "When our 40-42 CRPF soldiers lost their lives in a fidayeen attack, Modiji gave a free hand to our forces."  "If Indira Gandhi can get the credit of dividing Pakistan in 1971, why shouldn't Modiji get the credit for what he has done in Balakot," Rajnath asked.