Not bothered how long I survive as CM, says Kumaraswamy 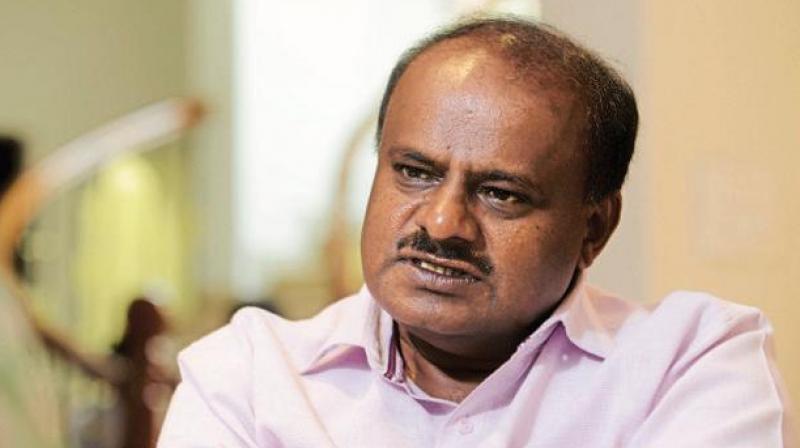 PTI, Bengaluru (24st Oct'18): H D Kumaraswamy Tuesday asserted that the opportunity to occupy the post of Karnataka Chief Minister was "godsend" for him and he was not bothered how long he would occupy the chair. Kumaraswamy, who is heading the Congress-JD(S) coalition government and facing frequent pinpricks from some sections of the coalition partner, said both parties had come together to save the state and not for any vested interests. He also said the Narendra Modi "trend" witnessed in 2014 general election no more existed, as reflected in the results of several bypolls across the country.

"Karnataka has provided a new platform for the 2019 parliamentary elections and a new political change will take place from here," he said. Kumaraswamy claimed the results of the November 3 bypolls in three Lok Sabha and two assembly constituencies in Karnataka would impact the poll outcome in the five states where assembly polls are to be held. "Karnataka will send across a message to the nation for the 2019 election. There is a new thinking process going on in the country and Karnataka offers the platform for it," he said.

Responding to a query, he said, "I am not bothered how long I am here in this post. I believe I am here for five years. God gave me this opportunity, which I have to use for the benefit of people," he said at a meet-the-press programme organised by Press Club of Bangalore and Bangalore Reporters Guild. The JD(S) and the Congress had entered into a post-poll alliance after the May assembly polls yielded a hung verdict with the BJP emerging as the single largest party but failing to muster the numbers to form a government. 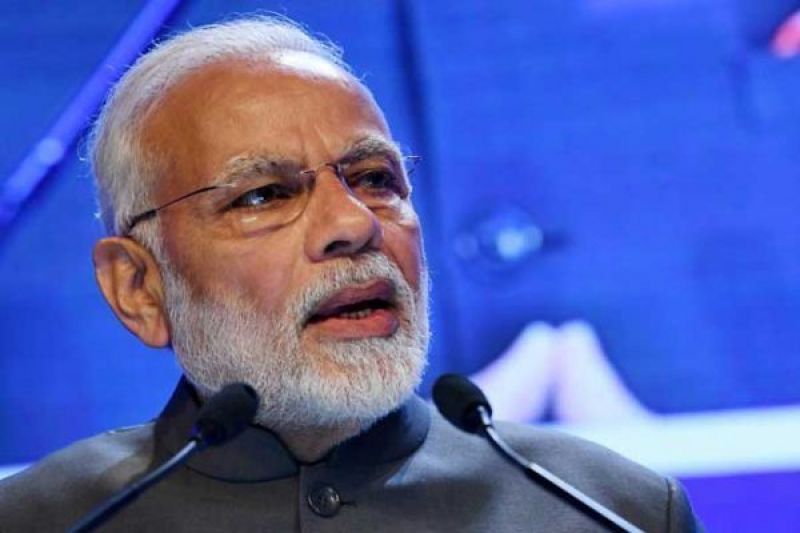 "However, what will you say about BJP's interest or arrangement? It was (state BJP president) Yeddyurappa who said in 2013 (after breaking away from BJP) that my dead body will also not go to the BJP. Look at the language the BJP leaders used," he said. On the Congress-JD(S) coalition arrangement, Kumaraswamy said developments in Karnataka had always impacted national politics. In this context, he said Karnataka provided a platform to V P Singh to become the prime minister.

Kumaraswamy recalled the crop loan waiver, emphasis on improving education and allocation of more funds under the Anna Bhagya scheme providing 7 kg rice to each member of families belonging to the below the poverty line as some of the progressive steps the government has taken. Speaking about infrastructure projects, Kumaraswamy said the peripheral ring road and outer ring road in Bengaluru that was pending for a long time has been given life once again. 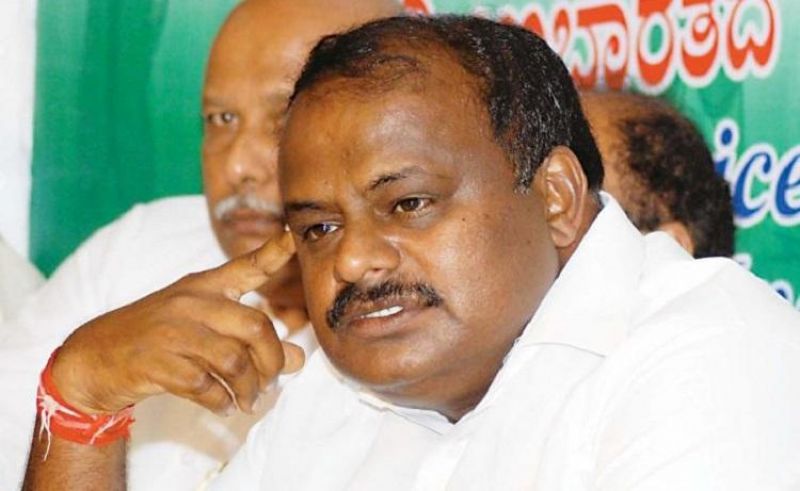 He also said 440 bridges in the rural areas would be constructed where people were forced to build temporary wooden bridges that could jeopardise their lives. To improve administration, he said his government has streamlined the transfer process and has given a free hand to the police to take stringent action against anti-social elements. Kumaraswamy said his government would act tough against "corrupt elements" and cited the case of two officers who were raided recently while 18 kg gold was seized from their possession.