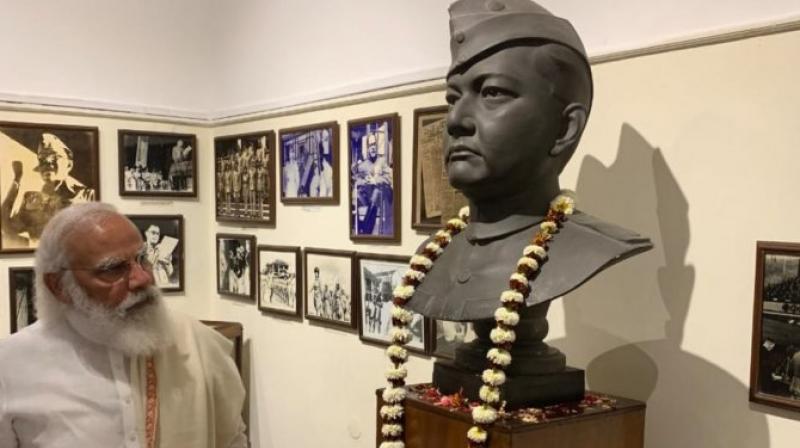 Kolkata: Prime Minister Narendra Modi visited the ancestral house of Netaji Subhas Chandra Bose in Kolkata on Saturday afternoon as he came to the city to take part in the revolutionary's 125th birth anniversary celebrations.

The prime minister was greeted with 'Jai Shri Ram' chants by people waiting outside the Netaji Bhawan in the Bhawanipore area, and he waved at them. 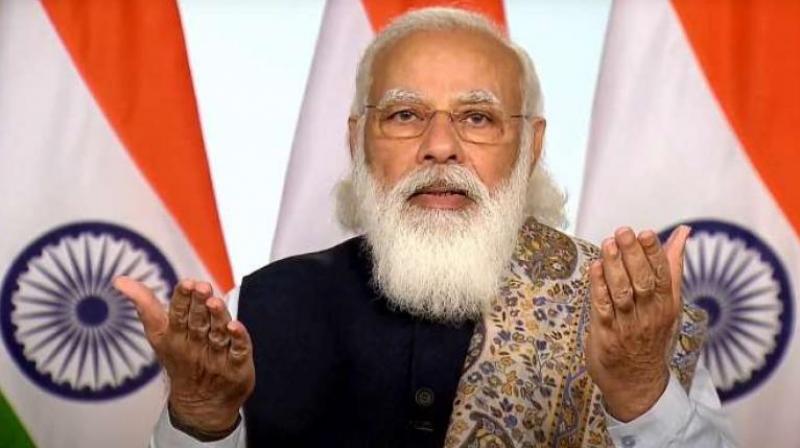 He was received at the entrance of the house by Sugato Bose and his brother Sumantro Bose, the freedom fighter's grandnephews.

Modi was shown the 'Wanderer' car, which Netaji used to escape from Kolkata to Gomoh, said Sugato Bose. 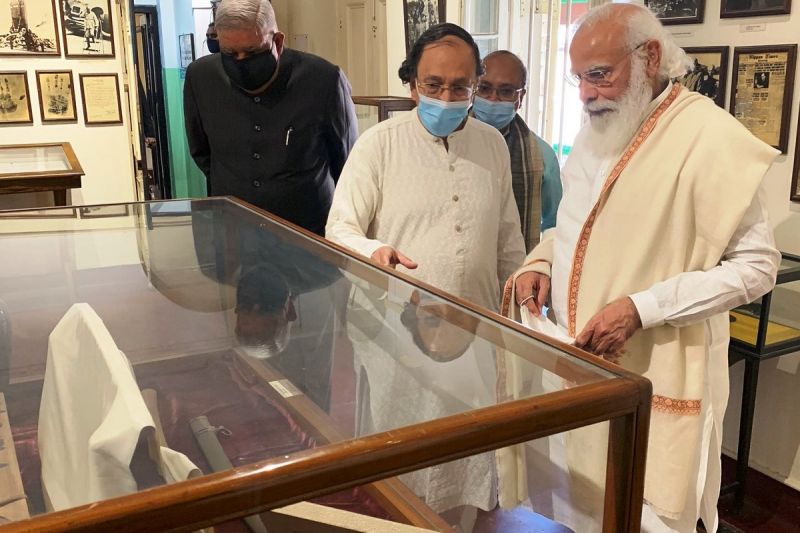 The prime minister was also shown the bedrooms of Netaji and his brother Sarat Chandra Bose.

Modi was also given a quick walkthrough of the museum, which houses the photographs of the Azad Hind Fauj.