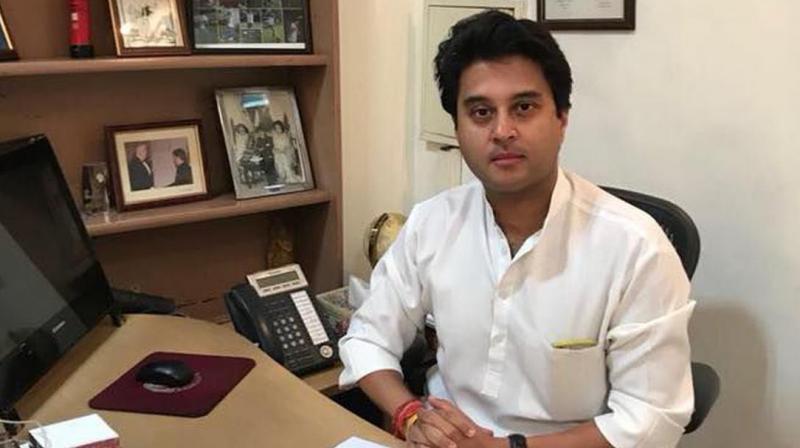 Bhopal, Jan 22 (PTI) Political circles in Madhya Pradesh are abuzz with various speculations after senior Congress leader Jyotiraditya Scindia called on former chief minister and BJP stalwart Shivraj Singh Chouhan at the latter's residence in the state capital Monday night. Chouhan and Scindia remained closeted for nearly an hour, sources said Tuesday. However, what transpired at the private meeting could not be known. Both Scindia and Chouhan have termed the meeting as a "courtesy visit".

Scindia, the chief whip of Congress in the Lok Sabha, was in Bhopal en route to Guna last night when he visited Congress spokesman Pankaj Chaturvedi at his residence to condole death of the latter's mother. He suddenly expressed his desire to meet Chouhan and reached his residence after 9 PM, sources said. After emerging from Chouhan's residence, Scindia told reporters that it was a courtesy meeting and that they discussed many issues.

Scindia said he didn't believe in harbouring a grudge against his political rivals. "I am not the one who lives with bitterness throughout my life. I firmly believe in 'Raat Gayi Baat Gayi' (to forget what happened in the past). Political rivalry was restricted to elections, and it ended after poll results. We believe in taking along everyone," Scindia said.

He was commenting on a query over the BJP's poll campaign slogan: "Maaf Karo Maharaj, Apne to Shivraj" which was aimed to portray Scindia as a royal cut off from the ground. When asked about Chouhan's role in the Opposition, the Guna MP said the Opposition should play a constructive role. Chouhan also described the meeting as a "courtesy visit". "We have met and held discussions, but there is no complaint or any hard feelings," the former chief minister said without elaborating.

In the 2018 assembly elections, the Congress scored a narrow victory over BJP which had been in power for three consecutive terms since 2003. In 230-member House, the Congress has 114 MLAs, the BJP 109, SP 2, BSP 1 and Independents 4. The Kamal Nath government is supported by MLAs of SP, BSP as well as Independent members.