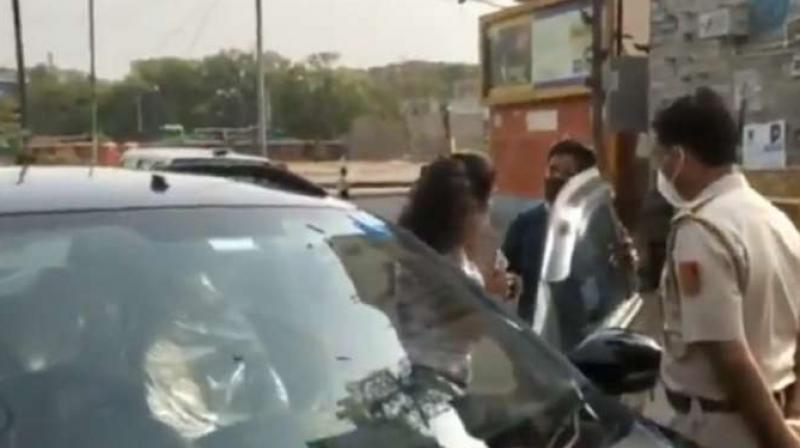 New Delhi: A man was arrested after he and his wife allegedly misbehaved with Delhi Police personnel when they were stopped for not wearing masks in central Delhi's Daryaganj on Sunday, officials said.

A purported video of the incident was shared on social media platforms, wherein the couple could be seen misbehaving with police personnel when they were asked the reason for not wearing masks.

Police have registered a case against Pankaj and his wife Abha, residents of Patel Nagar in central Delhi.

They were taken to Darya Ganj police station and the man arrested, police officials said.