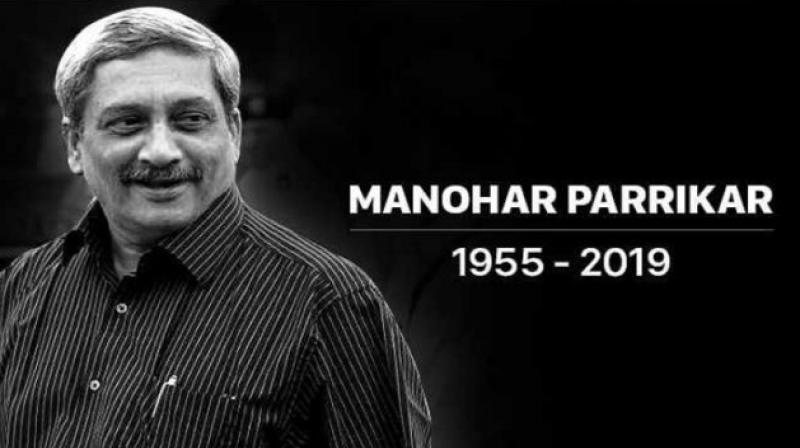 He was 63Chief Minister passed away around 6.40 pm Sunday

Panaji, Mar 17: Goa Chief Minister Manohar Parrikar died at his private residence near here Sunday. He was 63. Parrikar is survived by two sons and their families. "Chief Minister passed away around 6.40 pm Sunday," a senior state government official told PTI. The BJP stalwart's health, which has been fluctuating for a year, took a turn for the worse in the past two days.

In a tweet, President Ram Nath Kovind said, "Extremely sorry to hear of the passing of Shri Manohar Parrikar, chief minister of Goa, after an illness borne with fortitude and dignity."An epitome of integrity and dedication in public life, his service to the people of Goa and India will not be forgotten," the President tweeted from his official handle.