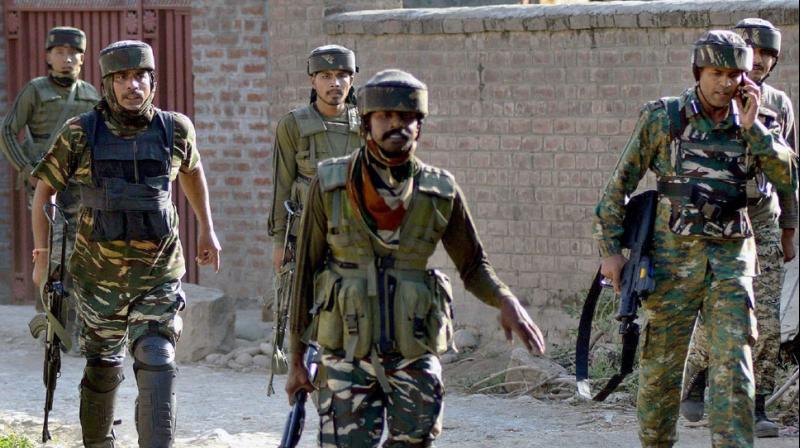 Srinagar, Feb 18 (PTI) Four soldiers, including an officer, were killed in an encounter with militants in Pulwama district of Jammu and Kashmir on Monday, defence sources said. Security forces launched a cordon and search operation in Pinglan area of Pulwama district of south Kashmir during the night after receiving inputs about the presence of militants in the area, a police official said.

He said as the forces were conducting searches, the militants fired upon them, triggering off a gun battle. Defence sources said four soldiers, including an officer, were killed in the encounter. A civilian was also reportedly killed but there was no confirmation so far. The area is under cordon and the operation is still on.