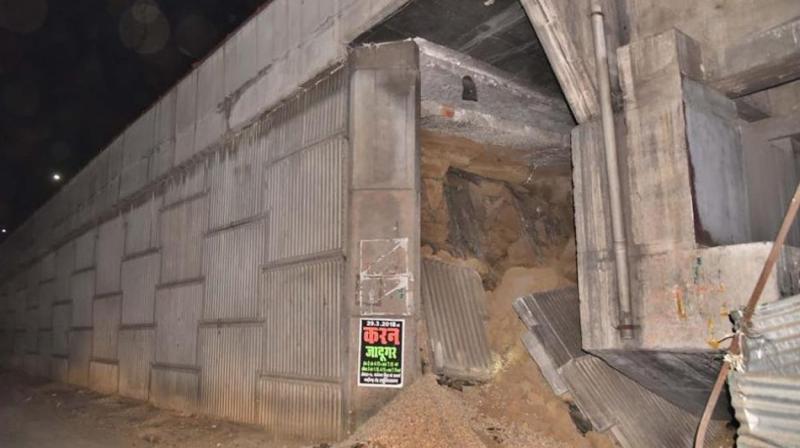 A retaining wall of a flyover here collapsed last night, following which traffic movement was stopped in the area, officials said. There was no report of anybody getting hurt in the incident, they said today. Vehicular traffic over the Gill Chowk flyover, passing through an industrial area, has been stopped by police, officials said. Traffic has been diverted through another route, they said. Ludhiana Municipal Corporation officials visited the spot to inspect the wall in order to determine the cause of the collapse. The flyover was constructed two years ago. Ludhiana Assistant Commissioner of Police (South) Dharmpal said no case has been registered yet.