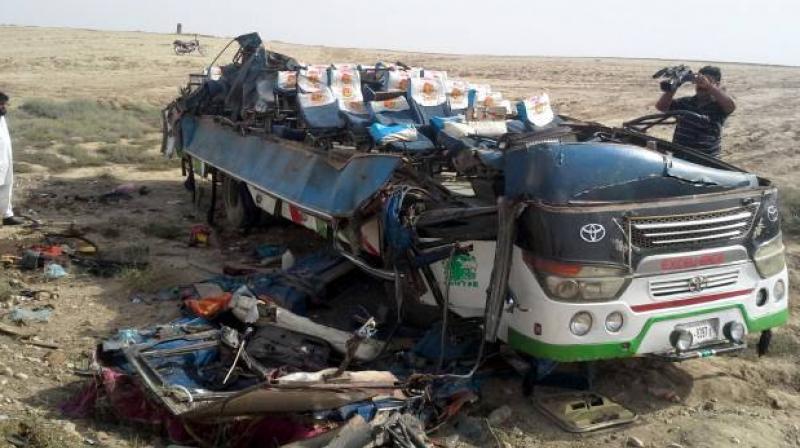 Two people, including a woman passenger, died and 20 others were injured after a state-run bus.......

Hyderabad, Feb 11 (PTI): Two people, including a woman passenger, died and 20 others were injured after a state-run bus from Andhra Pradesh hit a cement-laden vehicle in Nalgonda district of Telangana in the early hours of Monday, police said.The incident happened at around 2 a.m under Kattangoor police station

limits when the APSRTC bus bound for Hyderabad from Vijayawada hit the vehicle from the rear while overtaking, a senior police official told PTI over phone.The bus conductor and a woman passenger died in the accident while 20 passengers sustained minor injuries, the official said.