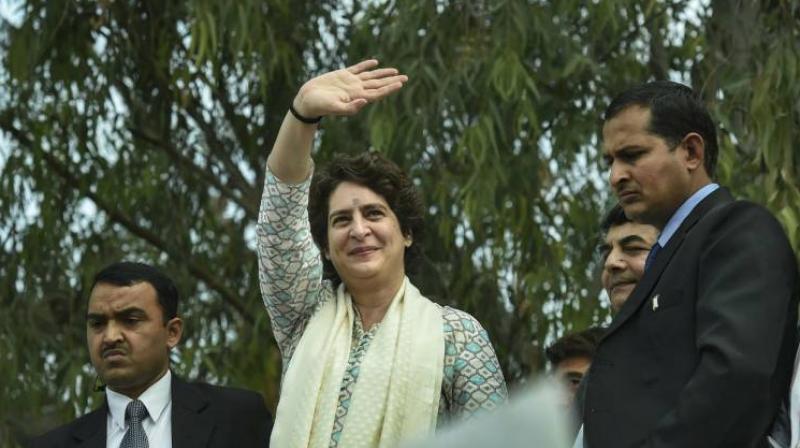 New Delhi, Feb 11 (PTI) Congress general secretary Priyanka Gandhi Vadra on Monday joined Twitter and garnered a massive response with tens of thousands following her on the social media platform within hours. Her logging on to Twitter with the account @priyankagandhi came on the day of her maiden visit to Uttar Pradesh as an AICC general secretary. "Smt Priyanka Gandhi Vadra is now on Twitter. You may follow her at @priyankagandhi," a tweet from the Congress' official Twitter handle said.

She didn't post a tweet, but followed seven people, including her brother and party chief Rahul Gandhi as well as party leaders Jyotiraditya Scindia, Sachin Pilot, Ashok Gehlot Randeep Singh Surjewala, Ahmed Patel and the Congress's official account. Over 45,000 people followed her within hours of her joining the microblogging site. Priyanka Gandhi (47) and Scindia (48) took charge as AICC general secretary UP east and UP west respectively last week.

The Congress seems to have learnt its lessons from 2014, and has been scaling up its operations on social media platforms to challenge the BJP on a front which has been the saffron party's forte. Rahul Gandhi has also been using Twitter for his attacks on the government and analysts credit his aggressive social media campaign for a turnaround of his image among the people.