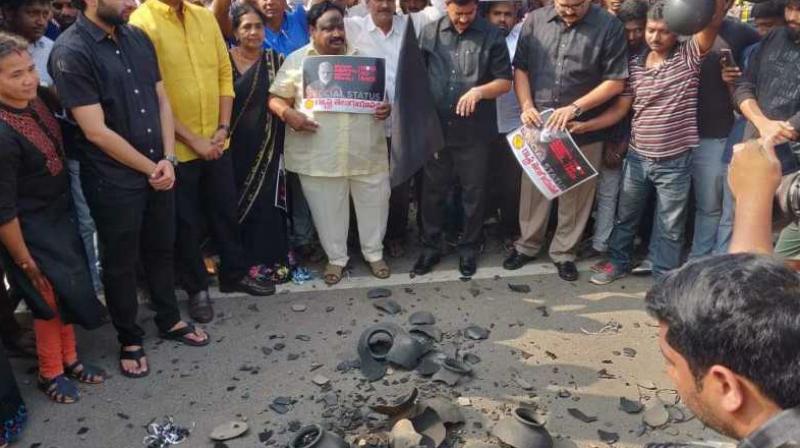 Vijayawada/Guntur, Feb 10: TDP workers staged protests against Prime Minister Narendra Modi as he arrived Sunday on his first visit to the state after the ruling Telugu Desam Party severed ties with the NDA. The Chandrababu Naidu-led party quit the BJP-led alliance protesting the "injustice" done to the state post-bifurcation. Giving the protocol a go-by, none of the state ministers turned up at Vijayawada airport to formally receive the Prime Minister, who is on an official-cum-political visit.

BJP leaders alleged that people were "thwarted," from reaching the venue in large numbers and said countdown would start for Naidu when Modi commences his rally. This is Modi's first visit to Andhra Pradesh, a year after the ruling Telugu Desam Party walked out of the BJP-led NDA. The ruling party organised protests in various cities and towns in the state Sunday in protest against Modi's visit. 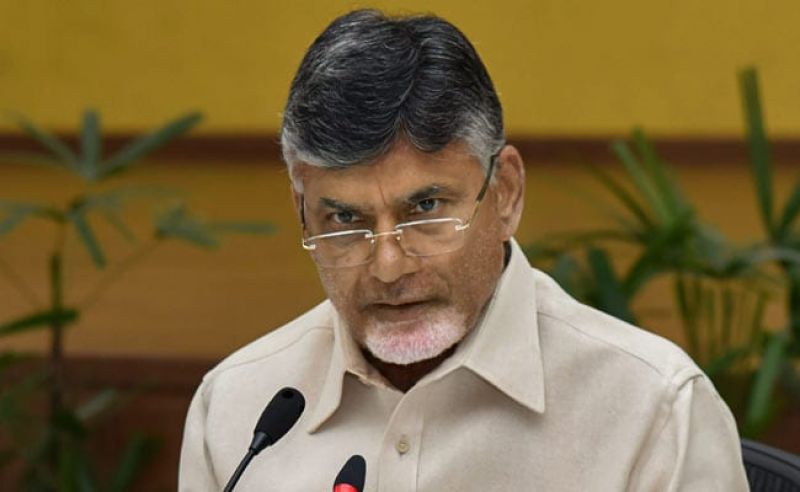 At Vijayawada and Guntur, TDP workers donned black shirts and took out rallies demanding that "Modi go back". In his daily teleconference with the party leaders, the Chief Minister dubbed Modi as the "modati drohi" (first betrayer) of Andhra Pradesh. "Modi is coming for a war on AP. They have done all injustice to the state, destroyed the systems and ruined the country. Modi is facing protests wherever he is going in the country. He has come to AP to mock at us," Naidu said.

Elaborate security arrangements had been made in and around the Gannavaram airport in the wake of the call given by the Chief Minister for protests against the Prime Minister's visit. After the reception on the airport tarmac, the Prime Minister flew to Guntur by a special IAF helicopter. Protests were also organised Saturday in some parts of the state against the visit. 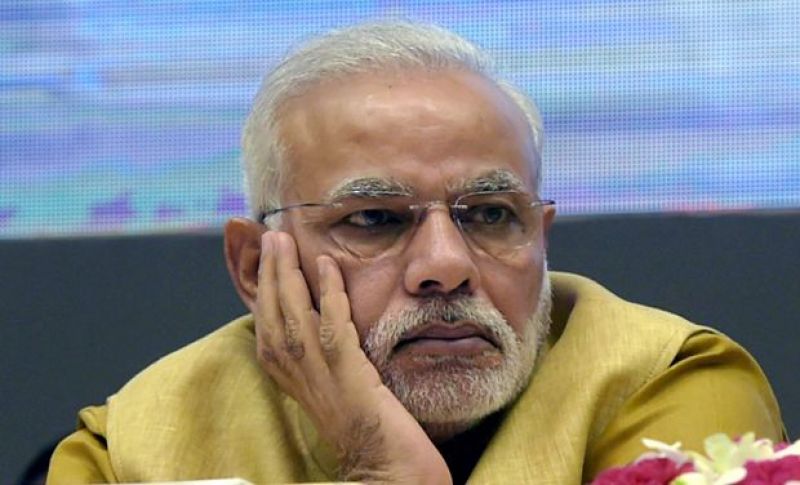 The Congress called for observance of black day on Sunday over Modi's 'failure' to honour the promises made to Andhra Pradesh post-bifurcation, party sources said. In Vijayawada, the CPI and the CPI-M organised a demonstration Saturday protesting Modi's visit. Reports said similar protests were held in Kadapa and Kurnool districts as well.