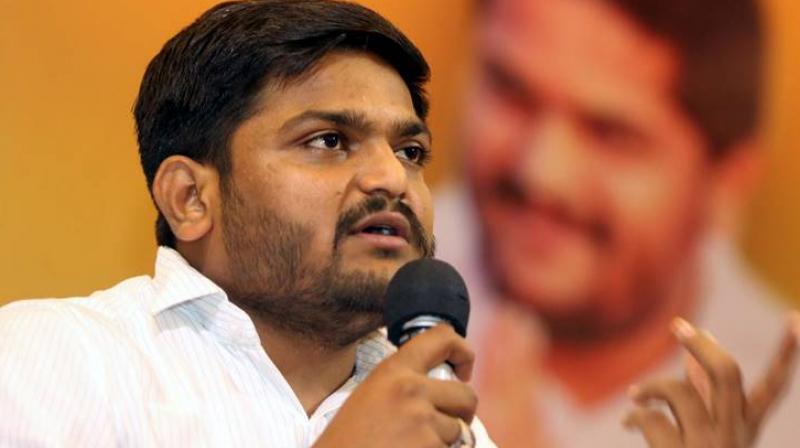 Ahmedabad, Mar 9 (PTI) Patidar community leader Hardik Patel Friday moved the Gujarat High Court to stay his conviction in a 2015 rioting case. The plea seeking a stay on his conviction by a lower court would come up for hearing in the coming days.Hardik has been convicted in a case of rioting and was sentenced to two years of imprisonment, which bars him from contesting an election.

His move came days after his announcement to contest the upcoming Lok Sabha polls from Gujarat. The Patidar Anamat Andolan Samiti (PAAS), of which Hardik is the convener, had announced that he would join the Congress on March 12. Since he still stands convicted in the case, he cannot contest the election as per the Supreme Court order. Unless the high court stays his conviction, he is unable to contest the polls.

In July last year, the sessions court of Visnagar in Mehsana district had sentenced Hardik to two years of imprisonment in a case of rioting and arson in Visnagar town in 2015, when the Patidar quota stir had started gaining momentum in the state. Although the high court had granted bail to him and suspended his two year sentence in August last year, his conviction was not stayed by the court at that time.