DCW Chief Swati Maliwal has urged Prime Minister Narendra Modi to set up a special task force to create a plan in the next 15 days... 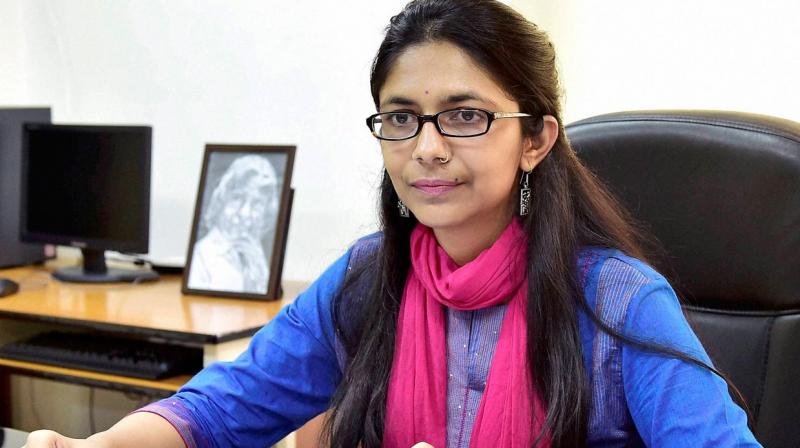 DCW Chief Swati Maliwal has urged Prime Minister Narendra Modi to set up a special task force to create a plan in the next 15 days for establishing fast-track courts and deploying additional police resources in the next three months for handling rape cases. She also expressed deep anguish and pain at the growing incidents of "communalization of rapes" and said earlier such incidents were rare, but now the religion of the victim has suddenly become important.  Thanking the prime minister for approving an ordinance to allow courts to award the death penalty to those convicted of raping children up to 12 years of age, she cautioned that the ordinance will not lead to any real change on the ground unless it is ensured that all rape cases are tried within six months for which there is an urgent need to strengthen the resources.

In the ordinance which got presidential assent on April 22, the deadline for the completion of the trial in all rape cases will be two months and a six-month time limit for the disposal of appeals in rape cases has also been prescribed. Maliwal observed hunger strike for 10 days at Rajghat till April 22 and ended it after President Ram Nath Kovind promulgated the ordinance. The DCW chief in a letter has requested him to uphold the decision of the cabinet - that fast-track courts and special police resources will be created in the next three months in the country specifically for handling rape cases. "She has requested the prime minister to set up a special task force across the states consisting of highest representatives of Centre, states, and judiciary to create a plan in the next 15 days for creation of new fast-track courts and provision of additional police resources for handling rape cases.  "She has requested that a meeting of the Union Home Minister, Chief Justice of Delhi High Court, Lieutenant Governor and Chief Minister of Delhi, Police Commissioner and DCW be called urgently to create a plan for increasing police resources and fast-track courts in the capital," an official said. Further, she has raised concerns in the letter against the growing incidents of "irresponsible" statements by politicians and people in power on rapes and requested the prime minister to take urgent action against such people. She also said earlier such incidents were rare, but now the religion of the victim has suddenly become important, expressing anguish over the increasing incidents of communalization of rapes.  Maliwal said the blood of all rape victims is of the same color, and requested the prime minister to take strict action against such people who are communalizing rapes in the country. She has also sought an appointment from the prime minister to discuss these issues in detail.