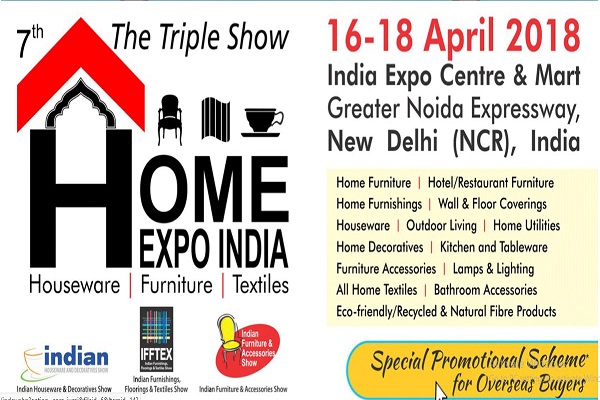 Union Minister of Textiles Smriti Irani will inaugurate the fair, while Ajay Tamta, Minister of State for Textiles, will be the guest of honour.

"The thrust in the international markets is now on product-segmented specialised trade shows, hence, there was need for Home Expo India. The emphasis laid by the Council is on making this show a wholesome show with a Home Total tag attached to it with the intention of making it a benchmark event for premium merchandise for a target market/buyers segment," said Rakesh Kumar, Executive Director - EPCH.

Home Expo India 2018 is expected to generate business deals for direct import. EPCH is the nodal export promotion body for handicrafts in India and plays an important role of a catalyst between the exporters, buyers and the government with the main objective of boosting trade in Handicrafts and also project India's image in the global market as a reliable supplier. PTI