FARMERS AND COPS YET CLASHED AGAIN IN KARNAL, HARYANA

Karnal Farmers' Protest: The face-off in the midst of sloganeering was captured in visuals that showed a huge crowd of demonstrators. 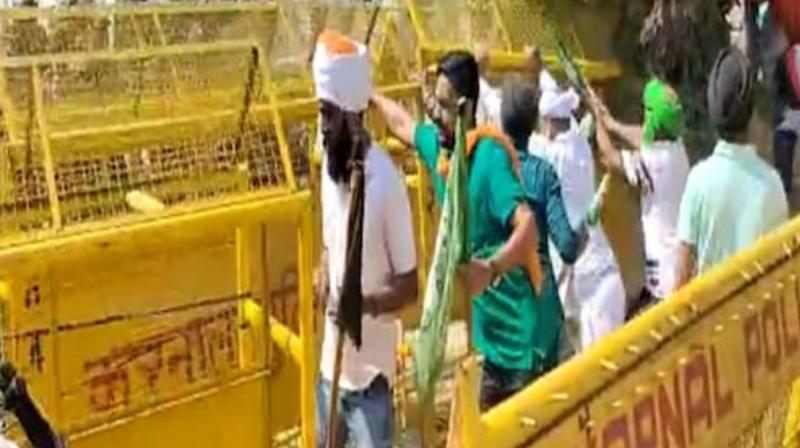 FARMERS AND COPS YET CLASHED AGAIN IN KARNAL, HARYANA

Karnal: Today there is yet another instance of clashes between farmers and police, chaos broke out in Haryana's Karnal this morning amid protests against a BJP event. Barricades were knocked down despite a wide police presence.
The face-off in the midst of sloganeering was recorded in the visuals that showed a huge crowd of demonstrators. The situation remained tense as policemen tried to stop the protesters.

The farmers have been news for a long time now and they have been protesting for the controversial farm laws till today and directed completely that they won't allow any rule to be followed by the ruling BJP. Today's protests erupted against the event in Karnal's Indri.

Haryana has been the main spot of the farmer's protest, and their clash with the Haryana police is as long as this protest is against the farm laws. Last month, at least 10 people were injured after the state police lathi-charged a group as traffic was blocked on a highway while the protesters headed towards Karnal to protest against a BJP meeting.

A controversial video also got viral showing IAS officer Ayush Sinha asking policemen to ensure tough action against protesters led to widespread criticism and draw a deadlock between the demonstrators and the state government that continued for more than a week. 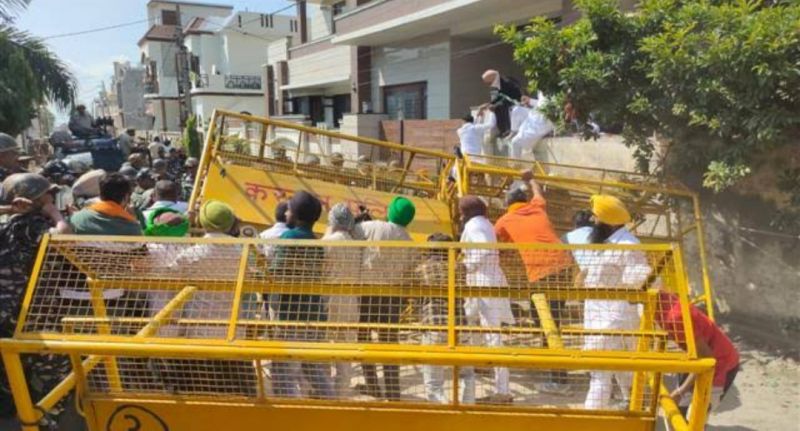 "We will not let this line be breached at any cost. Just pick up your lathi and hit them hard... It's very clear, there is no need for any instruction, just thrash them hard. If I see a single protester here, I want to see his head smashed, crack their heads," Ayush Sinha was heard saying in the video. He was sent on a month-long leave and a probe by a former judge was launched against him.

Today, the state government also told the Supreme Court that "sincere efforts are being made to remove the blockades from inter-state roads and National Highways" but a decision is yet to be reached.