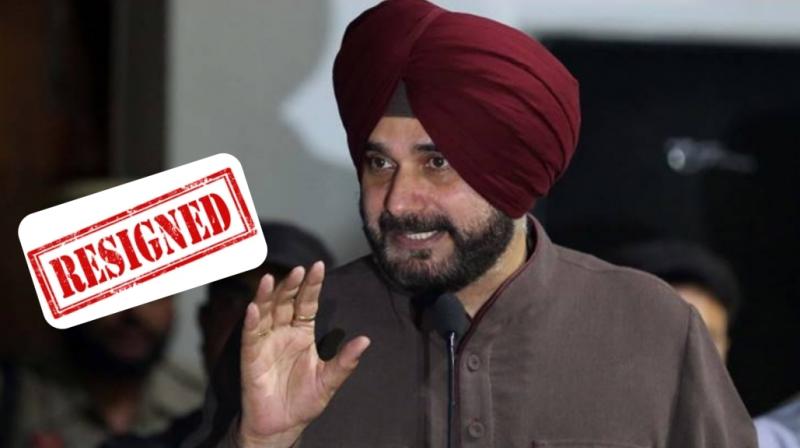 Chandigarh: Earlier the Punjab Former CM Captain Amarinder Singh has resigned and just now the news came in that the Punjab President Navjot Singh Sidhu resigned from his post today. 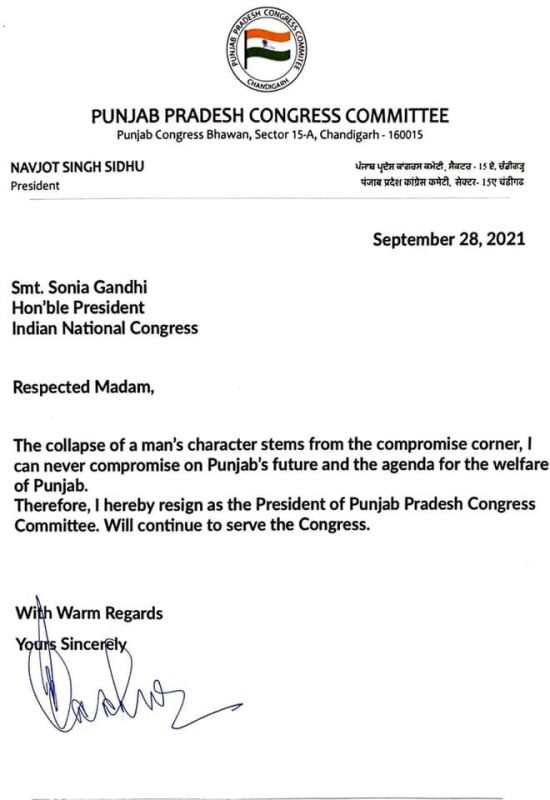 Today afternoon he handed over his resignation to The Punjab Pradesh Congress Committee and wrote "The collapse of a man's character stems from the compromise corner, I can never compromise on Punjab's future and the agenda for the welfare of Punjab. Therefore, I hereby resign as the President of the Punjab Pradesh Congress Committee. Will continue to serve the Congress."

After Navjot Singh Sidhu's resignation, the former CM Captain Amarinder Singh also tweeted, "I told you so...he is not a stable man and not fit for the border state of punjab."