'Aquaman' to release in India before US

Warner Bros is set to release "Aquaman" in India on December 14, a week before the movie hits the US theatres... 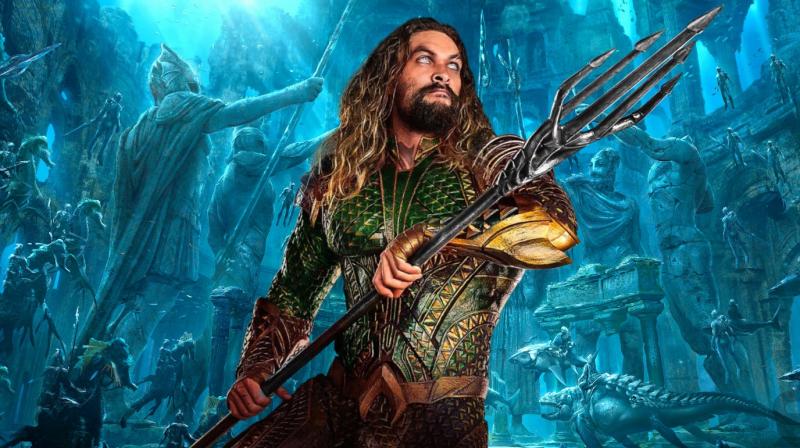 Mumbai, Nov 13 (PTI): Warner Bros is set to release "Aquaman" in India on December 14, a week before the movie hits the US theatres.  The film, directed by James Wan, features Jason Momoa plays Aquaman. The movie is the origin story of half-human, half-Atlantean Arthur Curry and takes him on the journey of his lifetime -- one that will not only force him to face who he really is, but to discover if he is worthy of who he was born to be.

Momoa, who is best known for playing Dothraki leader Khal Drogo in "Game of Thrones", said Aquaman has been his toughest role till date.  "Aquaman is the hardest movie I' ve done in my life, physically, and I had two stunt doubles. Both of them got hurt, and so did I. The sheer amount of stunts and action in this was insane," he said.

The film will release in English, Hindi, Tamil and Telugu across cinemas in India in 3D and IMAX 3D. A special extended five minutes footage of "Aquaman" will be played with "Fantastic Beats:The Crimes of Grindewald". "Aquaman" also features Amber Heard as Mera, Willem Dafoe as Vulko, Patrick Wilson as Orm/Ocean Master and Nicole Kidman as Arthur's mom, Atlanna.