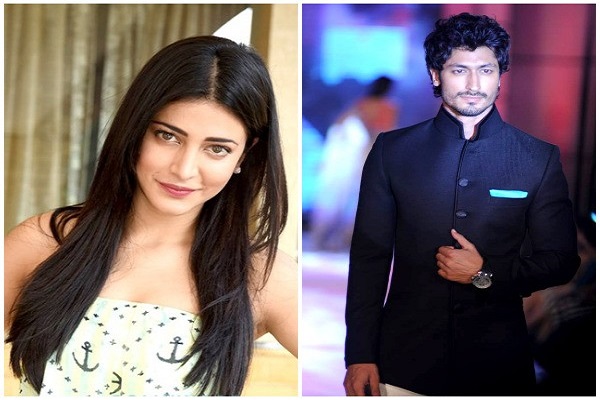 Mumbai: Actors Vidyut Jammwal and Shruti Haasan have commenced shooting for their untitled gangster drama, to be directed by Mahesh Manjrekar.

The script has been penned by Manjrekar and the film will also feature veteran actors Naseeruddin Shah and Amol Palekar.

According to a release, the shooting started today and is currently taking place in Mumbai.

Shruti also shared the news on her official Twitter account and posted a photo with her co-star and director.

"And here's to another one !! Day 1 of my next film directed by @manjrekarmahesh with @VidyutJammwal again!" she tweeted.

Vidyut wrote, "New day, new beginnings! Its Day 1 of my next film directed by @manjrekarmahesh."

The movie is produced by Vijay Galani and Pratik Galani through their banner Galani Entertainments.  PTI