There was something pure about Varun: Shoojit Sircar 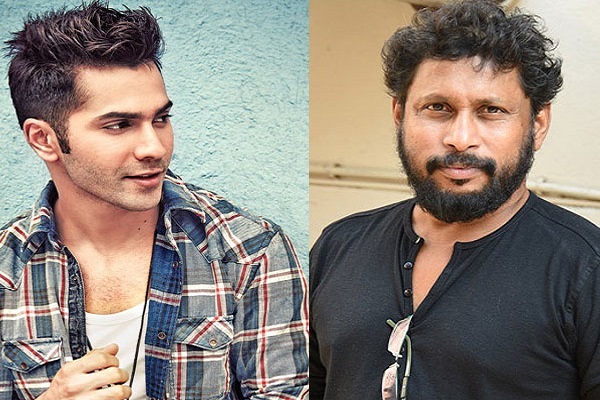 Mumbai: Director Shoojit Sircar says he had preconceived notions about Varun Dhawan, who is chiefly known for potboilers such as "Badrinath Ki Dulhania" and "Judwaa 2", but decided to cast him after he discovered an innocent side to him when he met the actor.

The filmmaker, who is awaiting the release of his first venture, "October" with Varun, says the actor was accidentally cast in the film. "The entire 2016 he (Varun) was calling me to meet. He was accidental as a cast. We were looking for fresh faces. When he came over, I saw a different side of him.

"I had pre-conceived notions about him, the commercial world he was living, stardom and all. But I saw innocence in his eyes. There was something boy-ish about him, something pure," Shoojit said in a media interaction here.

"You have to surrender yourself to the director. Varun did that, which was difficult for him. But brave of him to come from that world to our world and surrender," he added. The director said he was so impressed with Varun that he immediately clicked his picture and sent it to film's writer Juhi Chaturvedi to tell her he had found their 'Dan' (Varun's character in the film).

"He was very clumsy when I saw him. I needed an actor like that. When I clicked his picture and sent it to Juhi, she said I never thought you'd be even thinking of casting Varun. It was in her mind too but she said she didn't have the guts to tell me that!" he said. The director is all praise for Varun, but admits he was not well-versed with the actor's work.

"I've already said sorry to Varun because I've not seen a single one of his films. So I don't know who he was. I knew that he was jumping around the place, singing, dancing and full of energy.

"I actually didn't have any clue who he was. Our planets don't match at all. He is from Mars I am from earth," he said. Also featuring debutante actor Banita Sandhu, "October" is slated to be released this Friday. PTI