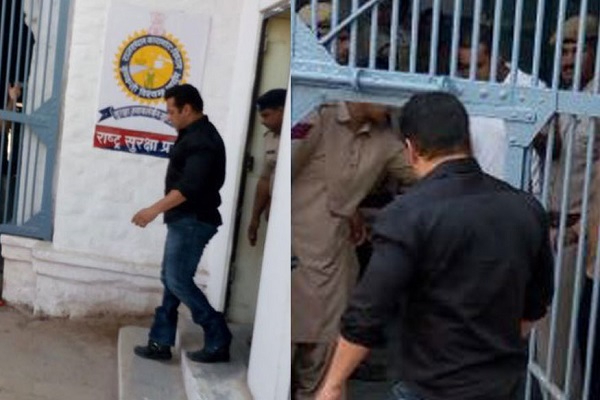 Jodhpur: Salman Khan may be a heartthrob of millions, but at the Jodhpur Central Jail he is just Qaidi No. 106 who was served simple dal-roti which he did not eat. Khan, who was today sentenced to five years in prison for killing two blackbucks about 20 year ago, has been kept in ward no. 2, adjacent to the cell of self-styled godman Asaram.

Jail superintendent Vikram Singh, while briefing the media on the celebrity inmate, said Khan would be treated as a normal prisoner and no special treatment would be given to him. He will have a simple wooden bed, a rug and a cooler in his cell, Singh said. “He (Khan) was given normal jail diet like Dal chapatti and the morning meal will include simple khichdi," he said.

Sources, however, said the Bollywood icon did not eat the jail food. Singh said that the actor had a blood pressure issue when he came inside the jail and the doctor of the prison dispensary checked him. His blood pressure was later declared normal.

On the reported threat to Khan by a gangster, Singh said, “We are thinking of keeping him with some other prisoners from tomorrow so that he is not alone considering the threat to him." A local gangster had reportedly said he would kill Khan in Jodhpur. PTI